Disappointing: This Kid Got Bit By An Older Werewolf Who Was Clearly Past His Prime And Now The Full Moon Just Turns Him Into An Extremely Sickly Dog With No Powers 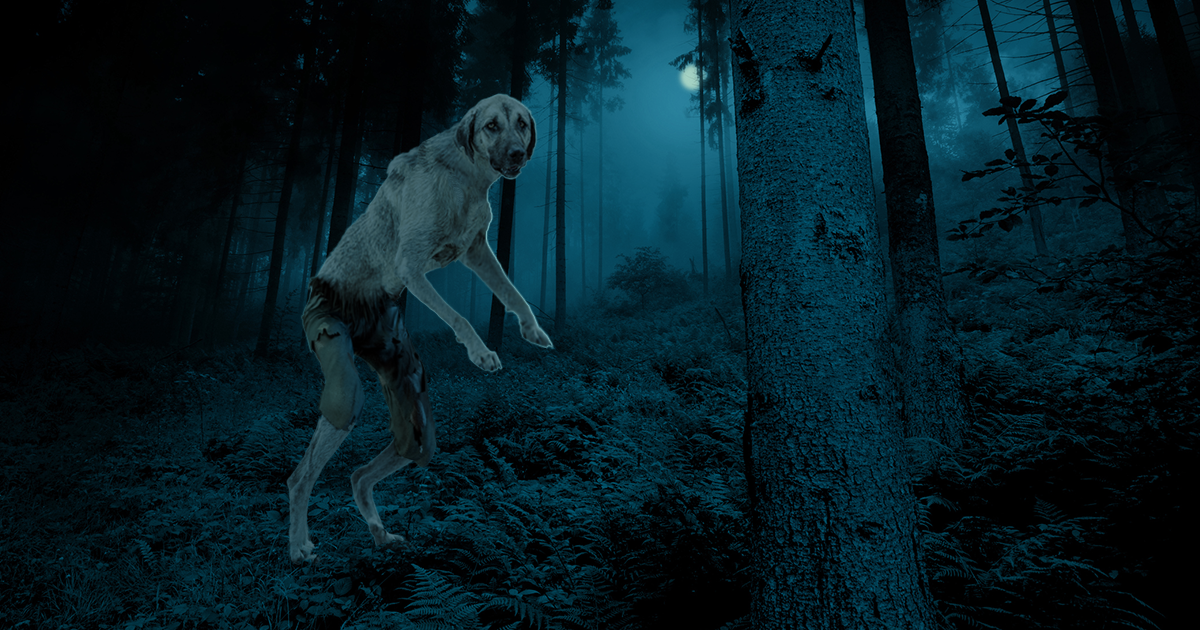 Getting your hopes up can make disappointment all that much more crushing, and one poor teenager is coping with the letdown of a lifetime after an unlucky supernatural encounter: This kid got bit by an older werewolf who was clearly past his prime and now the full moon just turns him into an extremely sickly dog with no powers.

Damn, that really sucks. He’s gotta be feeling pretty bummed about how this one turned out.

17-year-old Teddy Greer had been walking home from a friend’s house late one night last April when a paunchy, visibly over-the-hill werewolf waddled out of the nearby woods and bit him before arthritically limping off into the night. Greer spent the next month eagerly awaiting the next full moon to bring him his own lycanthropic powers, but unfortunately for Greer, whatever manner of curse he received from the elderly werewolf definitely seems to have been diminished by his attacker’s advanced age, because when the next full moon came around all it did was transform him into a medium-sized, exceptionally ill dog with no special abilities whatsoever.

It’s such a bummer that this kid got bit by such a feeble, aging werewolf! His dreams of becoming a powerful beast of the night have been dashed.

To say this has been a letdown for Greer would be a profound understatement. He’d been psyching himself up for the prospect of bounding through the cool evening air with perfect night vision and effortlessly tearing through obstacles with his supernaturally sharp claws. Instead, he now spends every full moon dragging himself around on his two good legs and trying to scratch the extremely itchy sores covering his new canine body. Of course Greer had expected some drawbacks to his transformation, like maybe ruining an outfit because his huge muscular werewolf body burst through it, but that’s way different than ruining an outfit because your diseased dog body soaks it with pus and some foul oily discharge that comes seeping out of his diseased dog anus every time he transforms. The stains don’t even come out in the wash! And Greer’s werewolf form is so phlegmy and congested that he doesn’t even get the benefit of a dog’s heightened sense of smell, which could have at least been a decent consolation prize for not getting a werewolf’s bestial strength or regenerative healing factor.

Man, that older werewolf really fucked this guy over.

Poor Greer hardly even leaves his bedroom around the full moon anymore, owing largely to a depressing incident where he transformed outside and had to drag himself under a pile of dead leaves until morning to hide from some bored middle schoolers cruelly pelting his feeble, ailing dog body with pine cones. He’s too weak to ever hunt down the werewolf that turned him for revenge, and his teeth are too soft and crumbly to ever pass his affliction onto any of his tormentors with a bite of his own. It’s just a huge letdown, all thanks to that washed-up werewolf.

Damn, the whole thing sounds like it’s been a total flop for this kid. Here’s hoping he can find some kind of cure soon, because turning into a powerless, mostly blind dog with dozens of health problems is no way for a teenage boy to live.