Disturbing: Ex-SeaWorld Trainer Reveals What It Was Like Getting Splashed All The Time 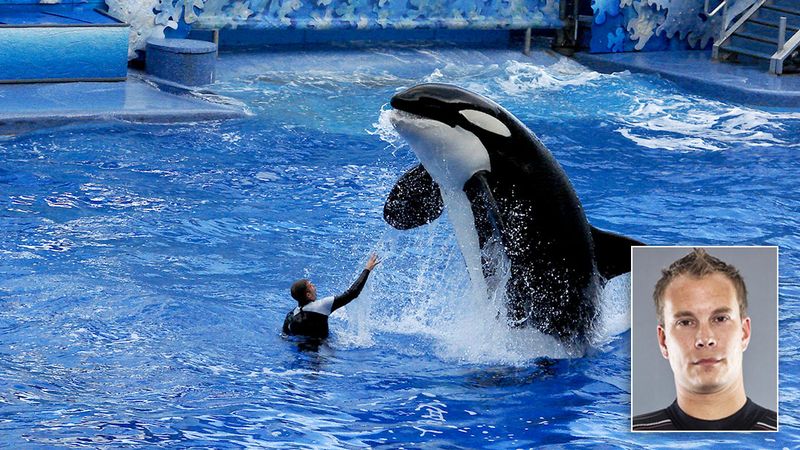 Every year, millions of visitors flock to SeaWorld to see incredible performances by dolphins and killer whales. But what looks like harmless family fun on the surface has a dark side. Now, one brave ex-trainer is exposing the reality of being repeatedly and systematically splashed.

Former trainer Jeff Rodriguez has gone public with his story in the hopes that he can stop SeaWorld’s cycle of exploitation.

“They prey on young people who have dreams of working with animals,” Jeff said. “At first, it’s just a light mist, then it’s Shamu splashing these huge waves right into your face. They keep upping it, and before you know it, you are getting splashed very hard.”

Jeff had to endure large, wet splashes—sometimes right in his eyes—on a daily basis for four years.

“The splashing might seem fun from the safety of the bleachers, but imagine that big splash blasting right into your face,” said Jeff. “For the audience, it’s just a few quick splashes and then they head back to their hotels, but for us, we get wet—like, real wet.”

“Some days, we’re in the water with these animals for eight or nine hours,” Jeff added. “We’re getting splashed constantly.”

When it comes to where the blame lies for what he went through, Jeff says the answer is clear.

“I don’t blame the orcas,” Jeff said. “I blame SeaWorld. They knew how wet we were all going to get. They had to know.”

While Jeff left his job at SeaWorld over six years ago, he says that his life is now plagued with the constant fear of being splashed. But he’s not taking it lying down. Jeff hopes to help protect others by sharing his story.

You can help too! Share Jeff’s story and let people know what really happens at SeaWorld.