DNC Disaster: Hillary’s Re-Entry Stamp Got Washed Off And Now She Can’t Get Back In 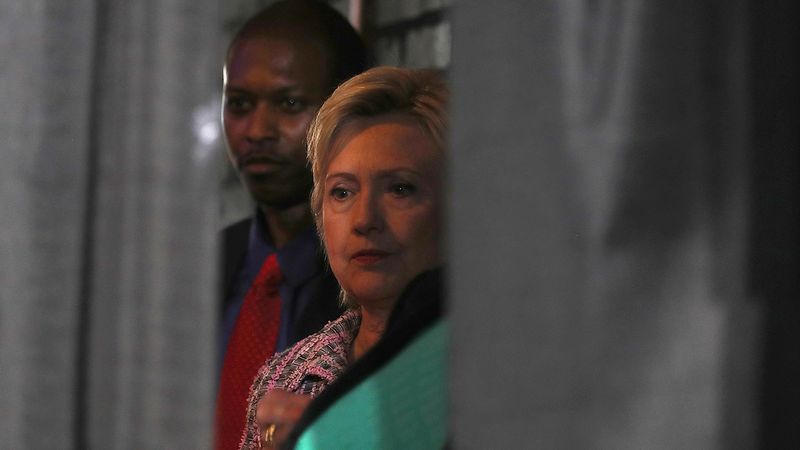 After three contentious days of intraparty friction, the last thing the Democrats needed was another fiasco on their hands. Today they got a big one: While stepping out for a bit, Hillary Clinton accidentally washed off her re-entry stamp, and now she can’t get back inside.

Could this timing be any worse?

During a quick break from last-minute revisions on her speech, the Democratic presidential nominee slipped out of the Wells Fargo Center to grab a Reuben and a Gatorade from a nearby deli. While washing up, Hillary absentmindedly rinsed off her inner wrist, leaving the stamp illegible.

Although Clinton insisted that a faint outline was still visible, security at the VIP entrance wouldn’t budge, ignoring her pleas for them to look closer.

Yikes. From a political standpoint, this could be disastrous. Under the media microscope, Hillary can’t afford to rely on just wandering from entrance to entrance, asking random attendees to go tell Bill or Tim to come out and vouch for her. And she certainly didn’t project sound judgment by just grabbing a wad of bills from her purse and leaving it—and her phone—in her green room.

To her credit, the former First Lady has handled the situation with presidential grace. She moved quickly to install herself in a local Barnes & Noble Café, where she remains on the lookout for someone who seems like they might let her borrow their phone. Reception inside the Wells Fargo Center is admittedly dodgy, but Hillary is confident she’ll be able to get a Facebook message through to one of the top party officials inside. However, if the situation continues to spiral, there’s no telling what kind of narrative she’ll be stuck with moving into the general election.

With so much at stake this election, Hillary really can’t afford to keep making mistakes like this, because it’s only going to get tougher from here.