Donald Trump Jr.’s Meeting With A Russian Lawyer: What We Know So Far 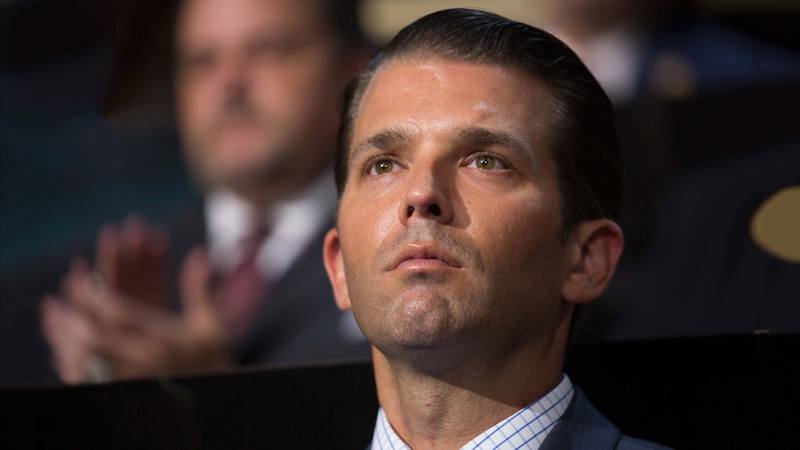 On Sunday, Donald Trump Jr. admitted that during the 2016 election, he spoke to a Russian lawyer who claimed to have damaging information on Hillary Clinton. So what the fuck is actually going on? Here is everything we know so far.

Donald Trump Jr. did not know who Hillary Clinton was before the meeting took place, and he still does not know who she is:

Sources close to Trump Jr. have stated that he did not know who Hillary Clinton was before his meeting with a Russian lawyer took place and that he was even more confused after damaging information about the 2016 Democratic presidential candidate was allegedly disclosed to him by a Russian source.

The Russian lawyer was played by Cate Blanchett in a performance that is sure to generate some serious Oscar buzz:

According to The New York Times, Blanchett “shines” as Russian lawyer Natalia Veselnitskaya in her secret meeting with Donald Trump Jr. Bringing her unique blend of charm and poise to the role of an elegant femme fatale whose affiliation with the younger Trump remains unclear, Blanchett has all but guaranteed herself a nomination for Best Supporting Actress.

Donald Trump Jr. agreed to the meeting because he just really liked being invited to something:

Despite the potentially damaging implications of his meeting with a foreign agent for information on Clinton, evidence suggests that Donald Trump Jr. went ahead with the meeting because he just felt really nice about being invited to a thing, especially one that’s so secret and important. While no such information was ultimately given, Trump Jr. has privately confirmed that it didn’t really matter, as the invitation served as a real self-esteem boost for him.

Trump Jr. is dousing himself in deer urine so that reporters will stay the hell away from him:

Terrified that he’ll say even more revealing information about Russian ties, Donald Trump Jr. has been pouring incredibly large jugs of deer urine on himself so that reporters won’t think twice about staying the hell away from him. Reports also suggest that he has put some of the deer urine into a spritz bottle and mists himself with it every 30 to 40 seconds.

He admitted that the meeting was not very fun:

After disclosing publicly that his meeting with a Russian lawyer did in fact occur, Donald Trump Jr. admitted that the meeting was not very fun and that he would have preferred the conversation take place over phone or text.