Doomsday Averted: 5 Times The World Nearly Came To An End 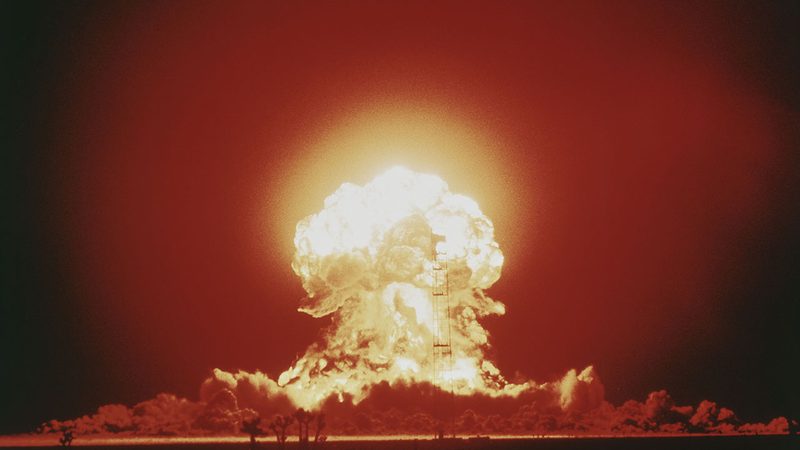 Mankind has had some very, very close calls.

1. The time some dick with strep used a salad bar: A new plague nearly wiped out the planet in 2005 when some douchebag with strep throat decided to ignore his doctor’s recommendations and pay a visit to a salad bar. The World Health Organization quickly leapt into action to determine which tongs he touched and what dressings he may have used, and the threat was quickly neutralized.

2. The time Hitler got ahold of blueprints showing how to build a pair of nunchucks: Had things played out a little differently, the final outcome of World War II could have literally been the eradication of mankind. Near the end of the war, German forces captured blueprints for a weapon that would undoubtedly have turned the the tables on Allied forces: a pair of nunchucks. Thankfully, the Nazis were unable to complete the terrifying weapon because they were all out of chain. Whew.

3. Y2K: The year-2000 computer bug, or “Y2K,” was a computer glitch that affected all computers that used two-digit dates as opposed to four-digit. When the calendar flipped to the year 2000, thousands of computers malfunctioned, causing a full nuclear exchange which killed off everyone on the planet besides a man and a woman who happened to be in a cave. The world appeared to be done for, but the man and woman got to work and were able to fuck enough to bring the planet’s population to its former level in a mere 17 years. Thanks, Linda and Mark, that was a close one!

4. The time they showed someone on TV who had the flu: Johnny Carson nearly inadvertently brought death to the world with The Tonight Show on February 26, 1970, when he broadcast guest Ernest Borgnine into millions of homes despite the fact that Borgnine was sick with the flu. A quick-thinking Ed McMahon saved the world from certain doom by yelling, “Don’t look, he’s got influenza!” allowing viewers to close their eyes just in the nick of time. Just another chilling reminder of the fragility of civilization.

5. The time Ethan broke up with Laurie: When Laurie came back from camp to the news that Ethan wanted to take a break for a while and see other people, it certainly felt like the world was going to end. Thankfully it didn’t, and in retrospect, she was happy to be single for most of senior year.