Doubling Down: Governor Pat McCrory Has Spent The Past 6 Weeks In The North Carolina Sewers Separating Male And Female Urine 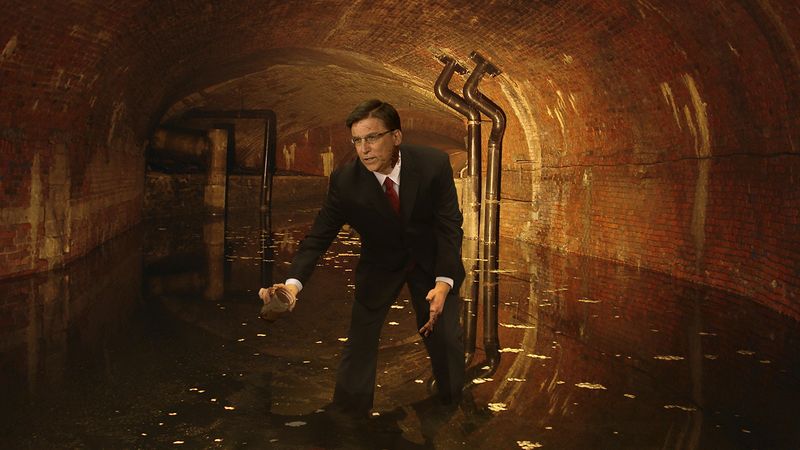 When North Carolina governor Pat McCrory recently signed the “bathroom bill,” which legally requires transgender individuals to use the public restroom that matches the sex on their birth certificate, it set off a national debate about transgender rights. He has faced intense criticism for what many believe to be a bigoted piece of legislation, but if you think Governor McCrory isn’t 100 percent committed to the rationale behind this law, think again: He has spent the past six weeks deep in the North Carolina sewer system separating male and female urine into separate containers.

Wow. Regardless of where you fall on this issue, you’ve got to admit that the governor is definitely willing to work hard for what he believes in.

“I felt it was morally imperative to get down into the sewers and separate all urine into distinct gender-based categories,” Governor McCrory said at a press conference held earlier today at the entrance to the Charlotte sewer system. “If we can’t know for sure whether a given urine sample comes from a man or a woman, then we’re left with nothing but confusion. Right now, men’s urine is mixing with women’s urine in our sewers, and it’s impossible to figure out whose is whose. I will not rest until every drop of urine in the great state of North Carolina conforms to biological gender lines.”

These weren’t just empty words. For the past month and a half, Governor McCrory has left behind the comfort of his office in Raleigh and has instead been wading into oceans of sewage beneath the streets of North Carolina’s major cities, tirelessly collecting all of the urine he can find in a mason jar and organizing it into two massive tanks labeled “Man’s Urine” and “Lady’s Urine.” The tanks are open to public viewing, so North Carolina residents can visit them and know for sure that orderly gender separation in public restrooms is being fully enforced on every level.

While the debate over transgender bathroom use might be raging for a while, Pat McCrory has clearly chosen his side, and he has two huge, clearly labeled tanks of urine to prove his dedication. Critics may be able to find plenty of fault with his decisions, but it’s undeniable that he’s willing to walk the walk when it comes to his beliefs, no matter how controversial they are.