Down To The Wire: The Eagles Are Currently Leading 41 To 33 As They Head Into The Essay Portion Of The Super Bowl 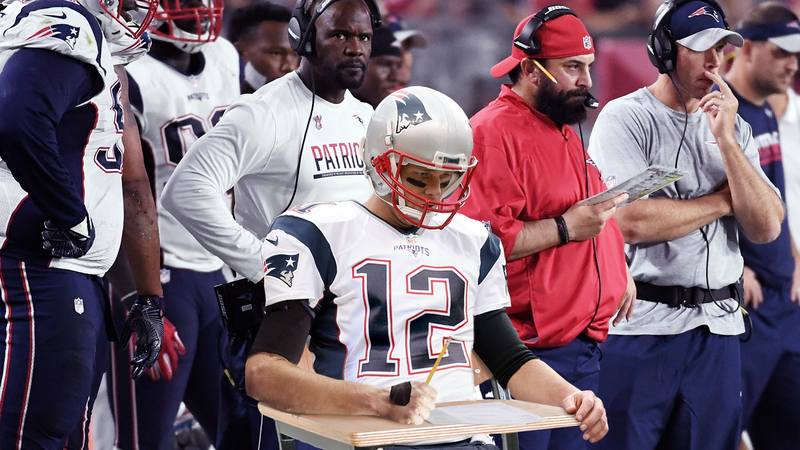 The Eagles and Patriots have played four hard fought quarters of football in Super Bowl LII, but as the game enters its final stage, fans across the country are waiting with bated breath to see who will be crowned champion: The Eagles are currently leading the Patriots 41 to 33 as the two teams head into the final essay portion of the Super Bowl.

The Vince Lombardi Trophy belongs to whichever team can grit it out and best articulate their thesis in the 45-minute time limit! This is what it’s all about!

With the athletics portion finished, the players are making their way to the proctored testing area on the sidelines of U.S. Bank Stadium where they will sit quietly and complete an essay on themes in ‘The Grapes of Wrath’, after which each team’s cumulative score will be tallied up to determine the final score of Super Bowl LII. And it’s looking like the essay portion could be neck and neck as both Pats and Eagles players were seen reading the book on the sidelines throughout the game, trying to memorize as many examples of the Joads representing the duplicity of the American dream, always beckoning travelers to seek a better life but never delivering it, to craft an insightful essay strong enough to propel their team to the championship.

This is truly anyone’s game!

Eagles fans are praying they don’t see a repeat of Super Bowl XXXIX when, just minutes into the essay portion on ‘A Separate Peace’, Donovan McNabb was ejected because Super Bowl proctors discovered that he had written “winter = end of innocence” on the inside of his helmet. And Pats fans are waiting to see if all 53 of their players remember to include a thesis statement in their opening and closing paragraphs, although many insiders are reporting that head coach Bill Belichick only dedicated a handful of practices to drilling essay structure this season.

So this is it. We’re down to the wire and soon enough, each team’s cumulative essay score will be broadcast onto the stadium’s jumbotron, announcing who will ultimately hoist the Vince Lombardi Trophy and be crowned Super Bowl Champs! We can’t wait!!