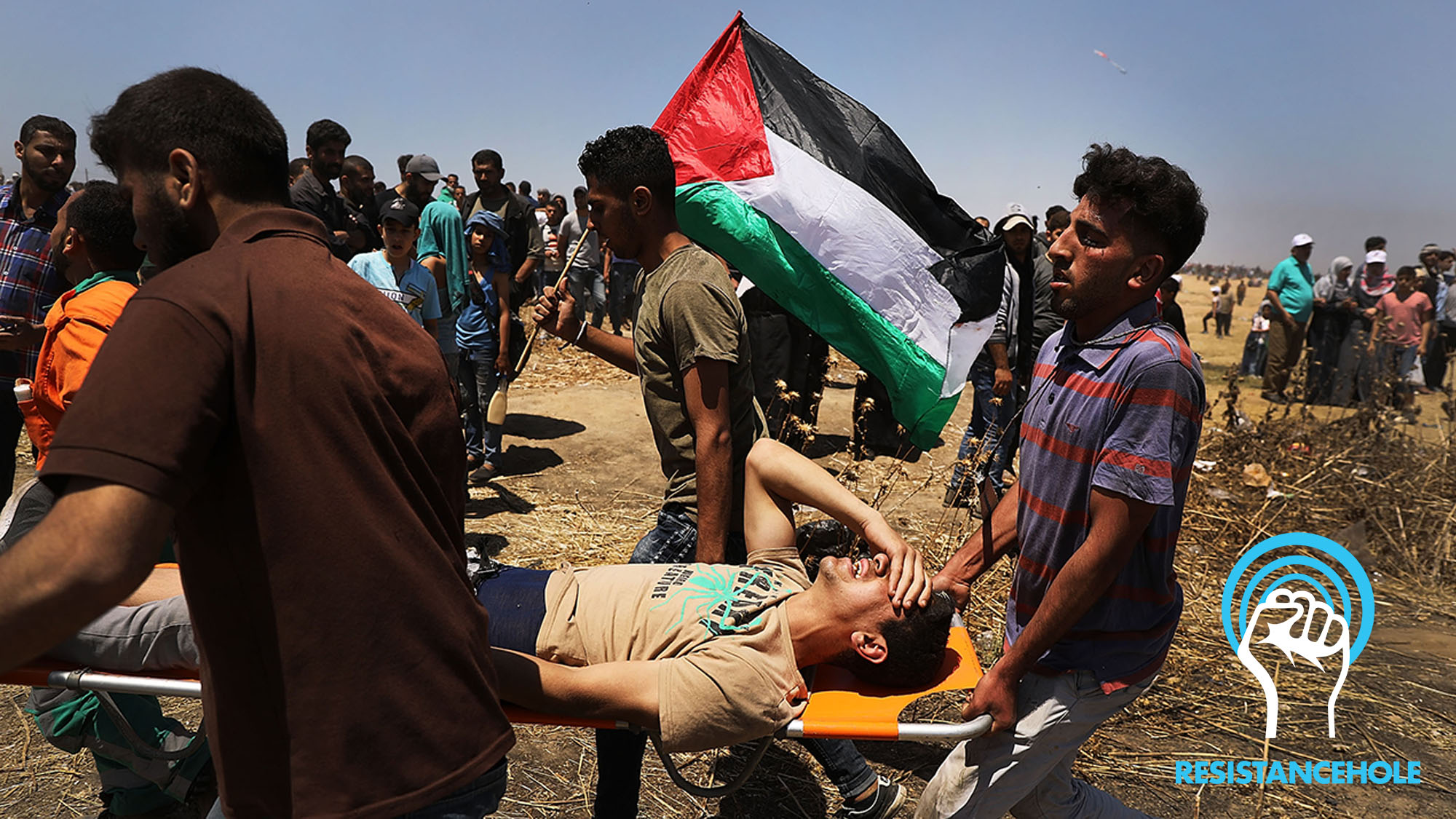 Since day one of his orange presidency, Drumpf has wasted no time putting his name on the hard-earned achievements of those before him and chalking those accomplishments up as his own personal successes. We saw this cheap political tactic wielded again this week as the U.S. moved its embassy to Jerusalem, stoking extreme violence against Palestinians, and this might be Trumpo’s biggest whopper yet: Drumpf’s complicity in Israel’s brutal attacks on Palestinians is yet another example of the GOP taking credit for Obama’s hard work.

First, our Cheeto in chief claimed the booming economy he inherited from Obama was the result of his own doing, and now he’s acting like he’s the first and only president to unwaveringly enable Israeli’s murderous apartheid tactics that killed 60 Palestinians this week. The reality is that he’s capitalizing on the work of President Obama, who laid the foundation for ignoring the slaughter of innocent Palestinian men, women, and children to back Israeli interests. Without the diligent efforts of POTUS 44, Israel would never have seen a $38 billion military aid package, and this current Republican administration wouldn’t have this to co-opt as its own achievement like it did Obama-era unemployment rates.

Along with the decline of ISIS that actually began in 2014 under Obama, you can bet that in the 2018 and 2020 elections Drumpf and his Republican cronies will be campaigning on their refusal to condemn the persecution of Gaza civilians as a marquee GOP success. Obama worked tirelessly when he was in office, reading reports of the 2014 Israel-Gaza conflict where Israelis killed over 2,000 Palestinians and deciding to continue supporting Benjamin Netanyahu’s government, and Trump just wants to waltz in and take credit. And Trump’s cronies at Fox News will help bury the fact that this was actually not only a wildly successful Obama-era initiative, but a policy of the Bush, Clinton, Bush Sr., and Reagan eras before that. In fact, the United States’ political and economic support of the Israeli army despite its grotesque war crimes against its Muslim population is far from a new foreign policy, let alone the result of President Pussy Grabber’s “genius.”

There is no question that Drumpf is standing on the shoulders of giants when it comes to turning a blind eye toward the ethnic cleansing of Palestinians as a means to strengthen America’s military presence in the Middle East.

Drumpf’s inability to tell the truth is despicable enough, but taking credit for Obama’s legacy in disregarding the Israel Defense Force’s murder of Palestinian journalists and infants is a new low. Compared to Obama, President Dump hasn’t lifted one tiny finger on either of his small hands to help broker a one-sided peace deal between Israel and Palestine. He is just another man in a long line of presidents who’ve waited hand and foot on settlement-hungry, Palestinian-despising Israeli prime ministers like Netanyahu.

For now, let Drumpf lie all he wants. History doesn’t lie, and it will remember Obama’s hard-earned place in U.S.-Israel relations.