Drunk With Power: This Crossing Guard Is Attempting To Stop An Ambulance That’s Going 70 With Its Siren Wailing And Everything 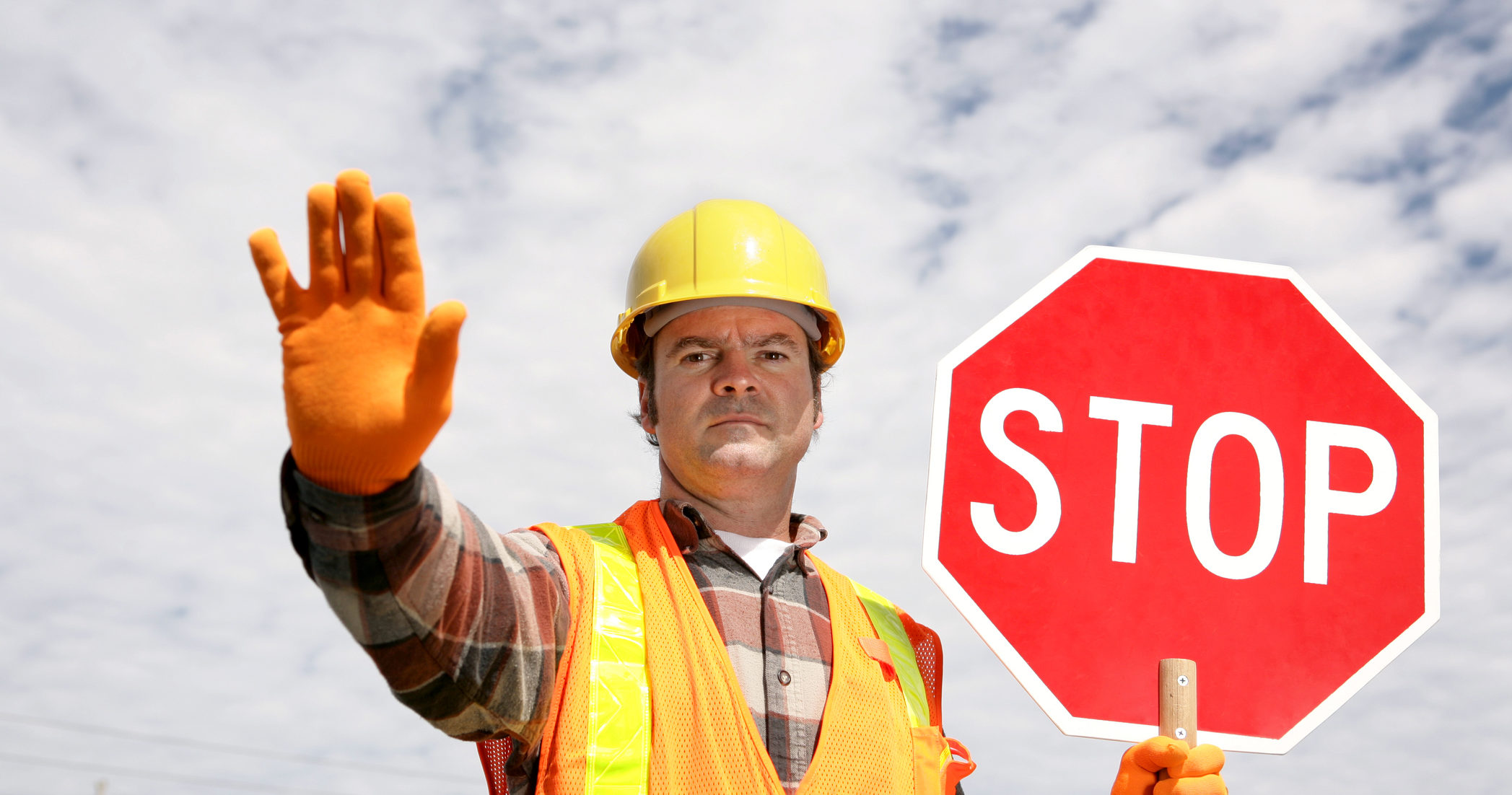 Power can be intoxicating, and occasionally, it can drive those who wield it too far. Case in point: This crossing guard is currently trying to stop an oncoming ambulance that probably has someone dying in it because it’s totally flying down the road with its lights flashing and siren blaring full blast.

Bug-eyed with veins popping out of his forehead, this crossing guard at a busy intersection in Houston clearly takes his role way, way too seriously, as even though all the pedestrians at the crosswalk seem content to wait on the sidewalk until the rapidly approaching ambulance passes, the neon-vested traffic sentinel is nonetheless standing firm in the middle of the intersection, waving his stop sign and loudly blowing his whistle in an effort to halt the speeding emergency vehicle in its tracks. Though obstructing ambulances from getting to hospitals is almost certainly not one of his official job duties, this no-nonsense traffic guard seems to be ‘roided up on the awesomeness of his own authority and willing to do whatever it takes, no matter how reckless, to ensure the safe passage of pedestrians.

Despite the crossing guard’s bold, unyielding presence, the ambulance is barreling towards him at 70 mph and showing no signs of slowing down, creating a high-stakes, highly unnecessary game of chicken. And while the crossing guard’s only real responsibility is to keep people from getting hit by vehicles, he is nonetheless putting himself at serious risk of getting hit by a vehicle at this very moment, conducting himself like some kind of supreme, all-powerful god of thoroughfares who, by merit of having a reflective hi-vis vest and getting paid $11 an hour, is wholly above the laws of man.

Hmm. Not sure what his deal is. Perhaps he’s trying to establish himself as some kind of irreplaceable force for good in order to stave off the ever-looming threat of being replaced by a crossing signal—a fate that has befallen so many of his brethren in recent generations as more and more cities realize that a flashing orange hand can do the job just as effectively as a human and for no pay. Whatever he’s trying to prove, blowing a whistle at an oncoming ambulance is probably not the most effective way to get his message across.

Here’s hoping that this crossing guard gets out of the road ASAP, or that the ambulance at least swerves to avoid obliterating him. This just isn’t something that people want crossing guards to do for them, and if this guy doesn’t realize that soon, he and his stop sign paddle could very well meet an early grave.