Embarrassing: Barack Obama Has Been Kicked Off Of Jury Duty For Yelling ‘Crucify Him!’ Too Many Times 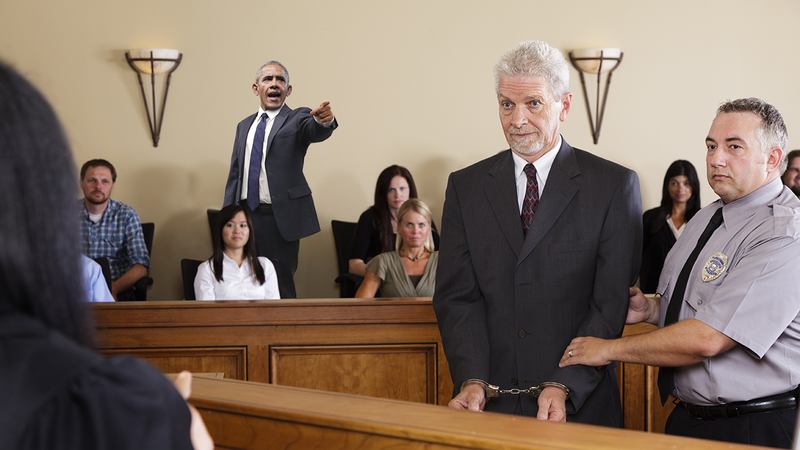 It’s been almost a year since Barack Obama left the White House, but even after spending so much time as a civilian, he’s still sticking out like a sore thumb: President Obama was just kicked off of jury duty for yelling “Crucify him!” too many times in the courtroom.

There’s no way to sugarcoat this. This is completely embarrassing for the former POTUS.

According to those present in the courtroom, President Obama, who received a summons for jury duty in late October, quickly become a source of disruption after he stood up numerous times during the court proceedings, pointed a finger at the defendant as he sat quietly with his attorneys, and screamed, “We must crucify him!” Witnesses say that Obama would point to the defendant and shout “Crucify him!” during all stages of the legal process, including when prosecuting attorneys were trying to speak and when the judge was trying to address the jury before the trial actually began.

Unfortunately, courtroom documents indicate that, when the judge repeatedly attempted to move the trial forward, he would be interrupted every few sentences by Obama standing up from his spot in the back of the juror’s box, gesturing grandly toward the defendant, and shouting things like, “Nail him to a cross as food for the crows and as a warning to others!” and, “Crucify this villain and let his screams haunt our dreams forever!”

Yet, despite Obama’s shameful conduct, the judge reportedly attempted to be diplomatic with the former president. When Obama interrupted the prosecuting attorney’s opening statements by pointing to the defendant and screaming “Crucify him!” the judge calmly rebuked him, saying, “I will remind Juror No. 5 that sentencing must wait until after a verdict is reached.” Obama, however, immediately responded, “I find him guilty and sentence him to crucifixion!”

It looks like the former president needs to learn how to take a hint.

Eventually, after putting up with hours of President Obama’s repeated and disruptive demands that the defendant be crucified, the judge warned Obama that if he continued his disruptive behavior, the judge would be forced to remove him from the courtroom. Obama reportedly pointed at the judge and demanded that the bailiff crucify the judge in the courtroom for a crime he called “mischief against God.”

You’ve got to think that Barack wishes he had a do-over on this one! Court transcripts show that President Obama interrupted the proceedings of the court by screaming “Crucify him!” nearly 200 times within a span of three hours before the judge ordered that he be removed from the jury. Honestly, it’s amazing that he wasn’t kicked off sooner!

Yikes. This is definitely pretty embarrassing. Let’s just hope that by this point, the former POTUS regrets his behavior, and has realized that screaming “Crucify him!” in the middle of a courtroom is not behavior befitting a former President of the United States—especially one fulfilling the civic duty of serving on a jury. Next time he’s called for jury duty, President Obama should, at the very least, act with a little more decorum!