Embarrassing: The U.S. Is Ranked 182nd In The World Alphabetically 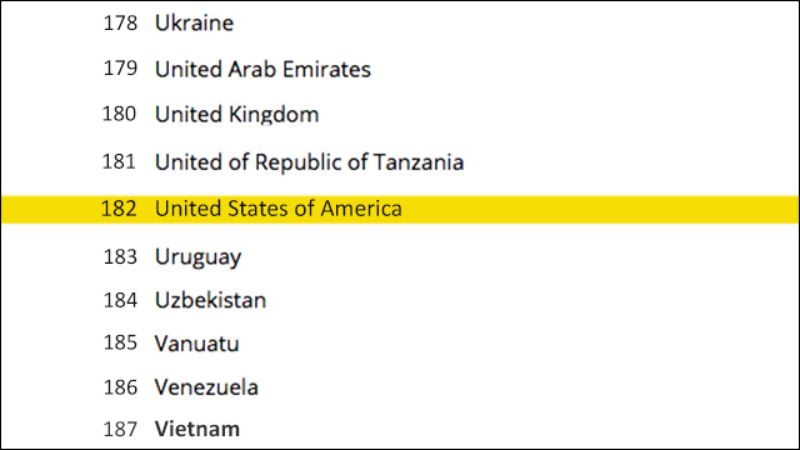 As Americans, we are lucky to live in a first-world country. We have an abundance of wealth and one of the highest standards of living anywhere in the world. That’s why it’s utterly stunning that the United States of America consistently ranks 182nd in the world alphabetically.

Simply put, it’s embarrassing. On a list of 195 countries, the United States is only ahead of 13, and we should be ashamed about that.

While countries like Venezuela and Zimbabwe fall below the United States, it’s the list of countries that have outpaced our country alphabetically that’s truly eye-opening. France is ahead of us. Brazil is ahead of us. That may be shocking enough. But guess what else is alphabetically in front of us? Laos. Ukraine. Even Syria, a country that’s been embroiled in civil war for almost four years now.

It’s time for Americans to take a long, sobering look at this country, and how it ended up all the way down at 182. There’s a lot of hard work to be done, but now is the time. Write to your congressperson and your senators, and demand that they do something about our deplorable ranking—if not for our sake, then for the sake of future generations.