End Of A Career: Regis Philbin Has Announced He’s Retiring From Television On Account Of Being On Fire 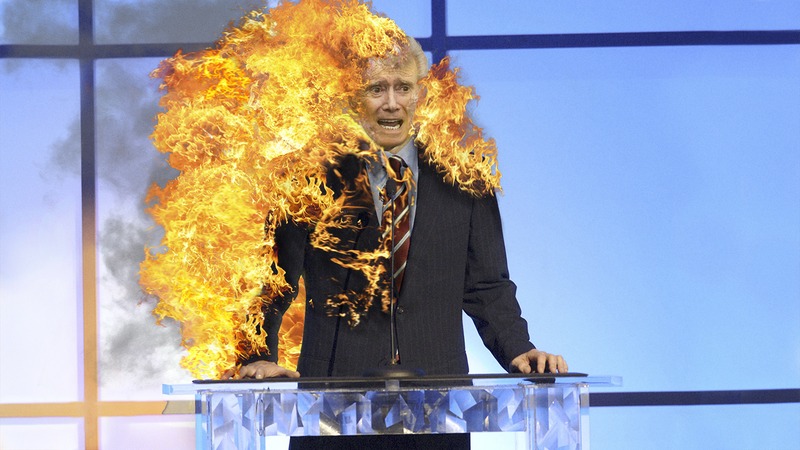 Regis Philbin has been working in television since the 1950s, cutting his teeth for decades as a host for some of America’s most popular television shows. Today, however, after one of the longest and most auspicious careers in show business, Regis has announced that he is retiring from television on account of being on fire.

Unfortunately, a single, fast-growing flame has ended one of the most legendary hosting careers of all time.

Earlier this week, the beloved 86-year-old sent out a tweet announcing that he had unfortunately become engulfed in flames, and as a result, would no longer be able to appear on television. While fans were saddened to learn that Philbin would now be absent from shows like Today, The View, and Rachael Ray, they were understandably concerned for the TV veteran who is currently burning alive.

Check out his official announcement below:

According to a recent interview, Regis explained that his difficult decision to retire came down to the fact that he believed the raging fire surrounding him would detract from the quality of any TV show he might work on in the future. He further explained that he only wanted to put his best work out there, and that the attention-grabbing and potentially dangerous flames shooting from his limbs and torso would keep him from living up to the standard he’s set for himself.

We’re sorry to see Regis go, but that sounds like as good a reason as any to end an incredible career like his. We salute you, Mr. Philbin, and best of luck to you and anyone trying to put out the enormous flames all over your body!