End Of An Era: The Yakuza Has Announced That It is Switching From Committing Crimes To Babysitting 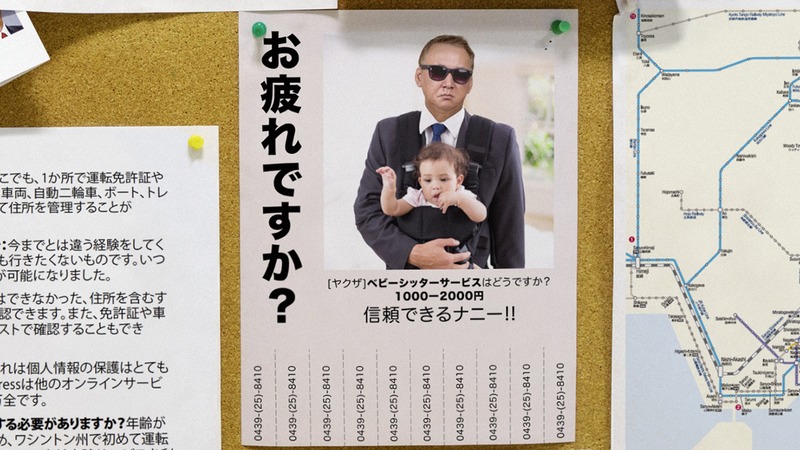 Since its formation in the 17th century, the yakuza has been one of the most dangerous and prolific crime organizations in the world. But now, it looks like this long-running criminal syndicate is ready to begin a new chapter: The yakuza has announced that it is switching from committing crimes to babysitting.

Say farewell to this centuries-old criminal enterprise, because its members are babysitters now.

In a rare official statement to the public, the yakuza revealed that it will no longer participate in illegal activities such as protection racketing, drug dealing, assassinations, and human trafficking, and will now dedicate all its time and resources to babysitting children for money instead. The statement clarified that individual yakuza crews may charge different hourly rates for their babysitting services, ranging between $10 and $20 an hour, but overall, the yakuza mainly sought to let the people of Japan know that its once-criminal activities will now be limited to looking after kids while their parents go out for the night.

“After careful introspection and consideration, we have decided that the yakuza will be better off switching from crime to babysitting, and so now the yakuza is officially an international syndicate of babysitters,” explained yakuza boss Shinobu Tsukasa, reasoning that after several decades of smuggling contraband and running illegal prostitution rings, it felt like the right time for the organization to start fresh with a new gig such as taking care of children while their parents go do stuff for a few hours. “No longer is the yakuza a violent underground force throughout Japan who live and die by our own rules. Now, we will live and die by the rules regarding bedtime and the amount of TV a child is allowed to watch as dictated by their parents. Thank you, and please consider calling the yakuza the next time you need a babysitter.”

Good for them. If the yakuza is as good at babysitting as it is at crime, Japanese children will be in good hands. We wish the yakuza the best of luck as it transitions from criminals to babysitters!