Ending World Hunger: A New UN Initiative Aims To Teach Starving People That You Can Get All The Food You Want From A Vending Machine If You Have A Quarter On A String 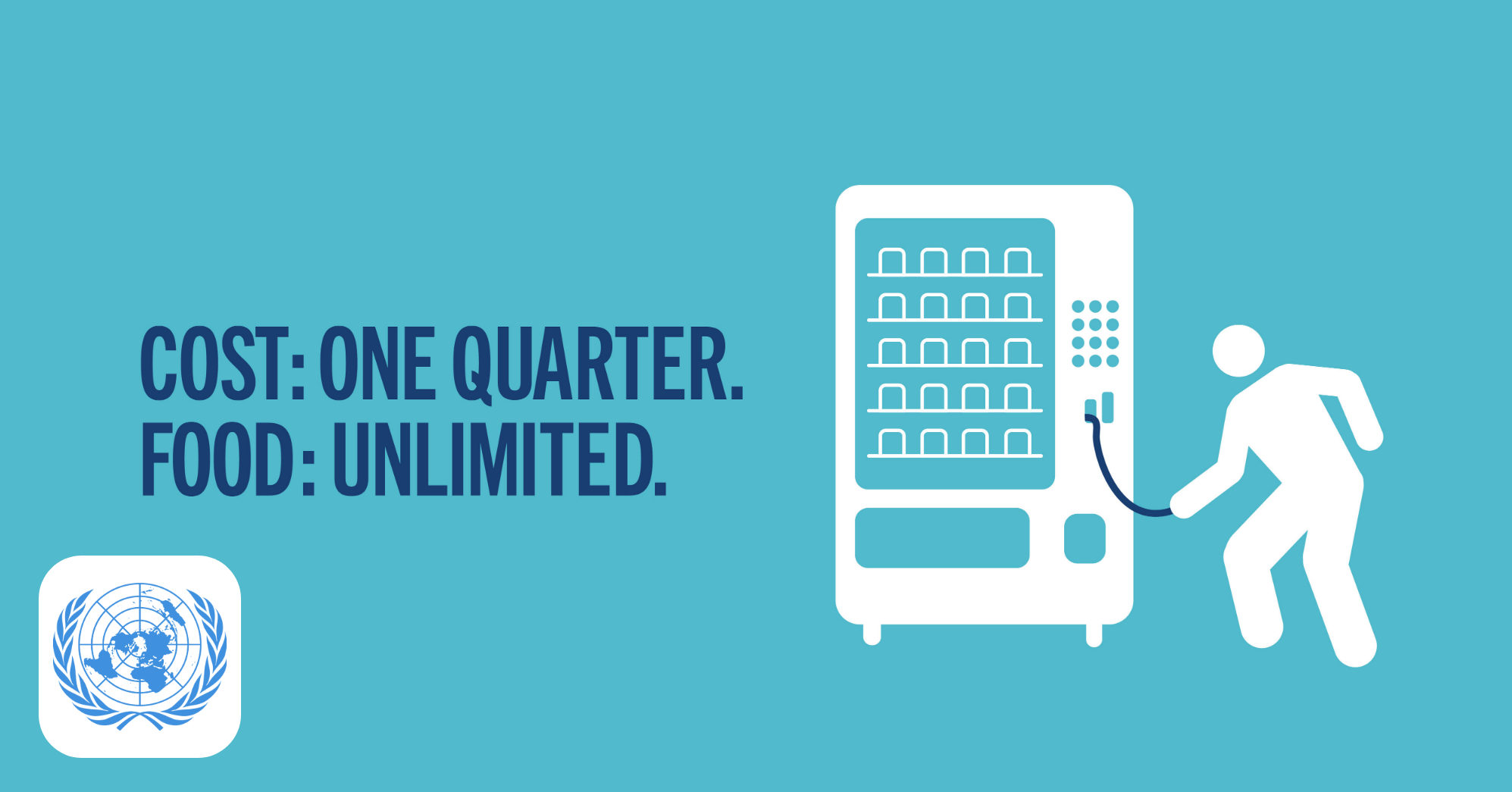 The United Nations has set a goal to achieve “zero hunger” globally by 2030, and while that benchmark may seem ambitious, the intergovernmental organization just hit upon a solution that may go a long way towards ending the global hunger crisis: A new UN initiative aims to teach starving people that you can get all the food you want from a vending machine if you have a quarter on a string.

Wow! This could seriously change the lives of many of the impoverished people worldwide who struggle to feed themselves each day.

Launched earlier this year, the “Quarter Trick Initiative” represents a global effort to educate hungry and malnourished people on how they can obtain virtually unlimited vending machine snacks by simply tying a quarter to a string and yanking it out of the vending machine after each use. The program, which piloted in Malawi, involves live presentations by UN workers, who use a portable vending machine to demonstrate how a person can obtain a veritable feast of Funyuns, Cheetos, Famous Amos cookies, and Welch’s fruit snacks, containing more than quadruple the calories most program participants eat in a week, with a little ingenuity and a nice, long piece of string. The educational program also emphasizes that vending machines are typically restocked weekly, meaning that participants should be able to eat as much as they’d like for the remainder of their lives as long as they don’t lose their quarter.

This is fantastic. It could potentially help millions of people feed themselves using minimal resources and expenditures!

“Lack of access to diverse, varied food items affects an estimated 690 million people currently experiencing hunger around the world—but thankfully, our Quarter Trick Initiative helps these undernourished communities pair up into teams so that one person can quickly and efficiently score dozens of different kinds of chips and Lifesavers while the other keeps watch to ensure that they aren’t caught using their doctored-up quarter to repeatedly fool the vending machine’s coin intake mechanism,” said a UN spokesperson involved with the initiative. “We estimate that people who implement the quarter-on-string system could achieve a healthy weight after just eight weeks of consistent use, given the cornucopia of high-carb, high-fat foods that will suddenly be available to them.”

Wow. It’s so heartening to see that there’s an ingenious new idea that could help solve such a painful, intractable global issue. Has the UN just ended hunger permanently?! We’ve got to wait and see, but we must say we’re optimistic. Thank you, United Nations!