Enough Is Enough. It’s Time For Our Politicians To Ask The NRA For Permission To Enact Modest Gun Control Measures. 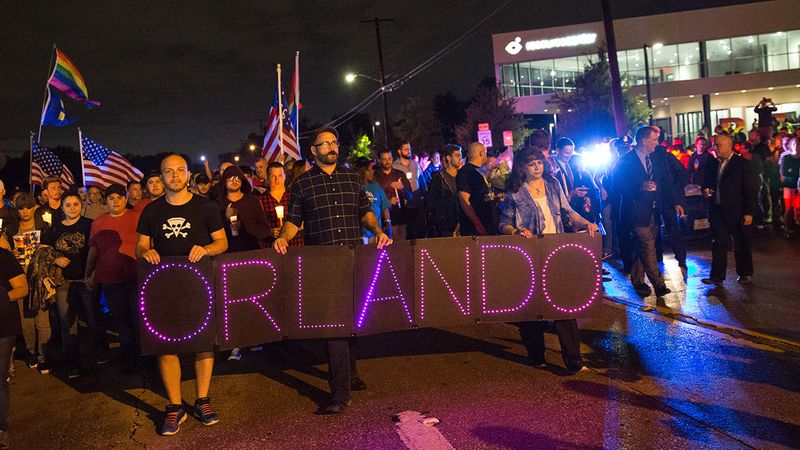 This weekend’s Orlando, FL nightclub shooting is just the latest in a long, bloody trend that has been fueled by our country’s extraordinarily lax gun laws. As Americans, we can no longer stand idly by and tolerate a regulatory climate that permits horrific atrocities to occur with such frequency. It is our moral duty to reach out to our elected officials and demand that they ask the NRA for permission to enact extremely modest gun control measures.

There have already been 133 mass shootings in 2016, so the time is now to urge our lawmakers to approach gun lobbyists and, in no uncertain terms, ask if there’d perhaps be some sort of way to make guns marginally less available. They don’t have to ask for anything huge—obviously, substantial reforms are out of the question—but for the sake of the safety of our nation’s citizens, it’d really be nice if they could at least start the conversation about possibly taking some baby steps toward making it a little tougher for known terror suspects or mentally unstable individuals to obtain military-caliber weapons.

Our politicians cannot continue to sit on their hands and refuse to send gently worded emails asking the NRA for minuscule gun control concessions while thousands of Americans die each year in preventable shootings. It is the obligation of every congressperson to crawl up to the boot of the firearm industry and beg them to make it ever so slightly more difficult for deranged gunmen to slaughter our children. And this needs to happen NOW.

Of course, it’s never fun to bite the hand that feeds you, and there’s no question that many of our politicians will be nervous to broach the subject of restricting guns. So, here is a list of incredibly meek ideas for gun control that is both polite and nonthreatening that congresspeople can use to get the ball rolling with the NRA:

Increase the waiting period to buy a gun by 12 or even 24 hours.

Limit the number of guns a person can buy at one time to 10 or fewer.

Only let people with a documented history of violent behavior buy handguns instead of handguns and assault rifles.

Enough is enough, America. Call up your elected officials today and demand that they ask for permission to pursue small gun control measures from their gun lobby overlords. If they can’t feebly ask the NRA for permission to enact gun control legislation in the most limited sense of the word, let’s vote them out of office in November and elect people who will.