Establishing Dominance: This Substitute Teacher Just Walked Up To The Biggest 6th Grader In Class And Beat The Shit Out Of Him 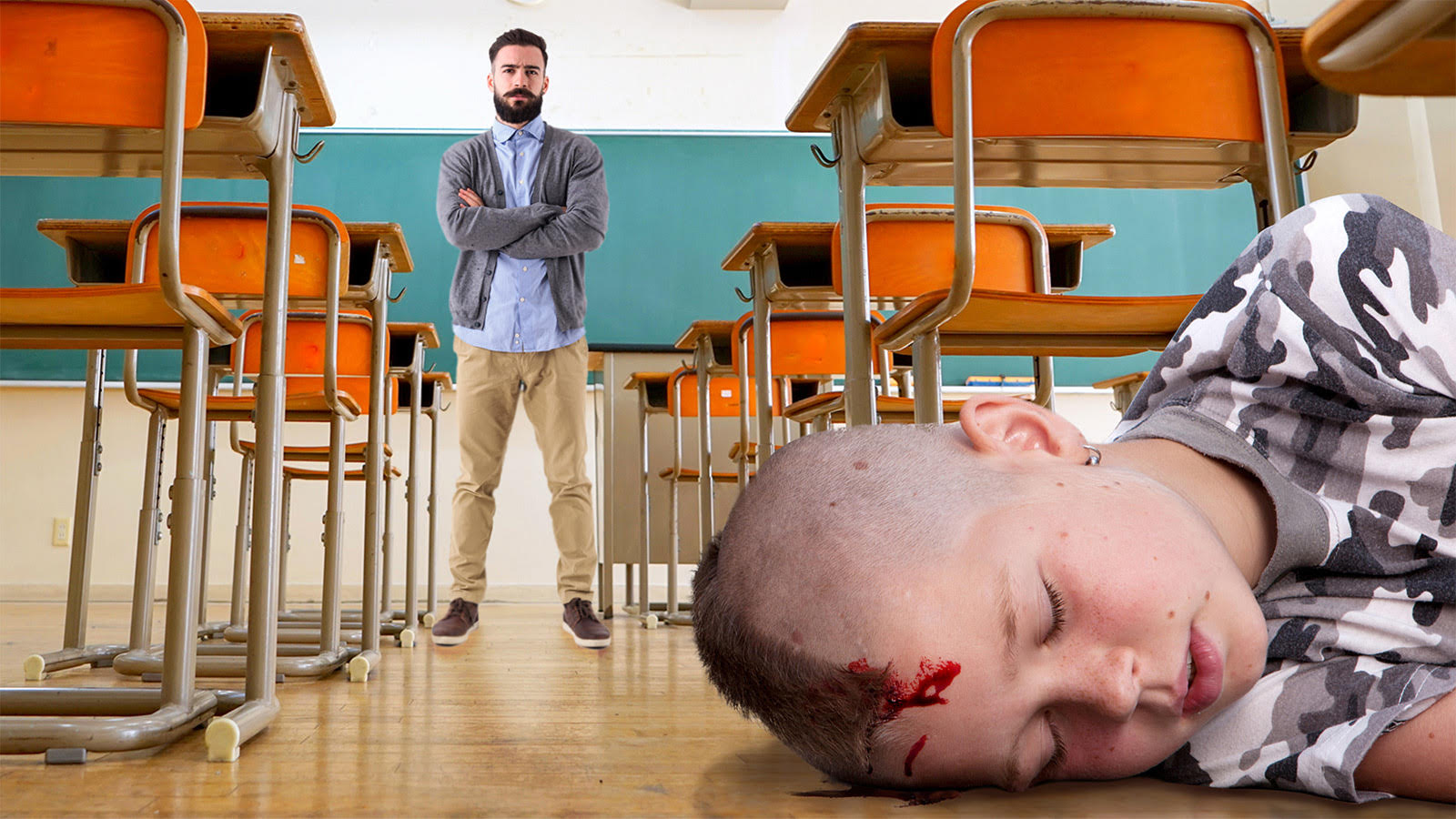 Substitute teachers often face disrespect from students, who use them as an excuse to slack off or misbehave. However, one sub in Kingston, NY just established the classroom pecking order right off the bat, sending a loud, clear, and brutal message about who’s running the show: This substitute teacher walked up to the biggest sixth grader in class and beat the shit out of him.

Whoa. No one’s going to mess with this sub now. No way.

As a regular sub at Terrill Middle School, John Turnbull, 38, knows how easily kids can get out of hand when their teacher is absent. That’s why Mr. Turnbull set the tone early for the 6th grade history class he’s subbing for today, calmly placing his messenger bag on his desk before making a beeline towards C.J. Manns—the biggest 12 year-old in his grade, standing at 5-foot-9 and 155 pounds—and asking the enormous pre-teen, “What are you looking at, you ugly fuck? We gonna have a problem?”

Without waiting for an answer, Mr. Turnbull suddenly grabbed C.J. by his gel-spiked hair and slammed the kid’s head on the desk three times in a row until his nose was gushing blood. As C.J. slumped to the linoleum flooring, barely conscious, Mr. Turnbull slowly walked around the desk, delivered a bone-crushing stomp to C.J.’s hand, and then dropped a worksheet to the ground where the large sixth grader wept and groaned.

“Your teacher Mrs. Atta isn’t feeling well today, so she would like you to watch the following video about Mesopotamia and complete this worksheet,” said Turnbull while passing out worksheets to the stunned class as they watched C.J. weakly lift himself up—only for Turnbull to pause with the handouts, drag the bludgeoned kid to the classroom entrance, and slam the door on his legs. “Failure to turn in this assignment by 8:50 will result in a 0 for your participation grade today.”

Having asserted himself at the top of the class’s food chain, Mr. Turnbull proceeded to play the short video over the classroom projector, which every student is now watching obediently—including C.J., who can hardly see through the tears pouring from both of his swollen eyes.

And just like that, Mr. Turnbull had made an example out of his largest perceived threat in the classroom. Even though C.J.’s not a jock or a bully or anything—just a friendly kid who’s big for his age and plays trombone in the school band—his bloodied, beaten visage now serves as a grim warning to any of his classmates who’d dare undermine their substitute’s authority.

No way in hell anyone acts up now!

Mr. Turnbull’s methods may be unorthodox, but there’s no denying that they’re effective. Tomorrow, Mrs. Atta will probably be super pleased to hear how well her class behaved, and honestly, it wouldn’t be a bad idea for her to crack a troublemaker or two over the head to keep ‘em all in line.