Ever The Showman: This Rhino At The Zoo Is Having Spectacular Diarrhea 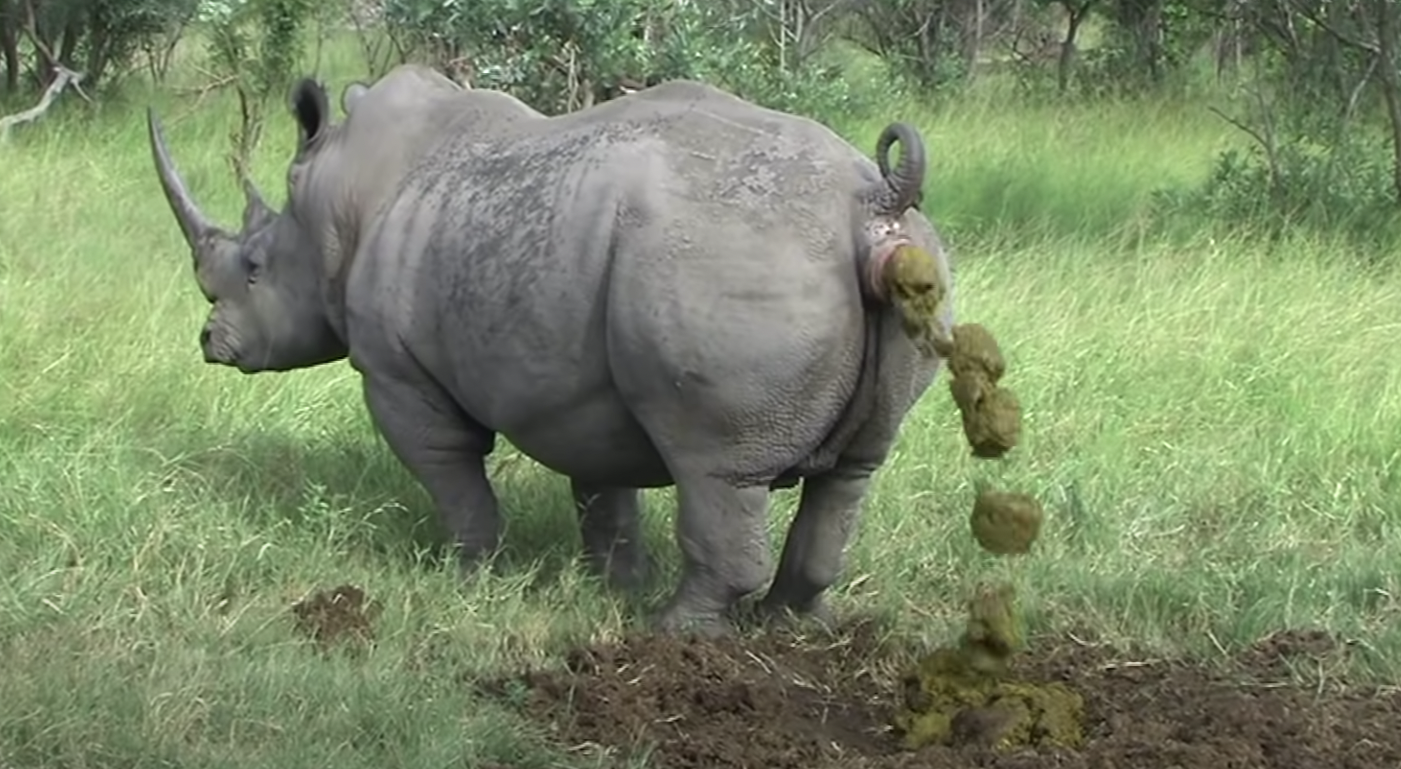 If you happen to be at Omaha’s Henry Doorly Zoo right now, you’ll want to immediately beeline for the African Grasslands exhibit, as one of the animals is putting on a show for the ages: A rhino is having absolutely spectacular diarrhea.

Awesome! It doesn’t get any more thrilling than this!

Following a hearty breakfast of melons and cabbage heads eaten straight off the ground, Newton, a 23-year-old male white rhino, is currently unleashing a nigh-endless payload of hot fecal ejecta from his massive buttocks and down the back of his stout legs to the delight and awe of dozens of zoo-goers, many of whom are capturing each and every volcanic mud-burst on their cell phone cameras for posterity. With the cool poise of a veteran shitter who’s been using the bathroom in front of spectators for decades, Newton is squirting his chunky ass-broth like a seasoned pro, charming the sizable crowd with spirited groans and hammy stomping as he issues turd after softball-sized turd from his impressively dilated anus into an ever-growing pool of his own steaming sewage. It is a magnificent scene to behold.

In fact, so magnificent is the sight of Newton liberating his bowels that even some of the jaded zookeepers have stopped in their tracks to bear witness, gawking in wide-eyed wonder alongside giddy foreign tourists as the two-and-a-half ton bull sprays gallons of his rectal swill all over his enclosure, leaving Pollock-esque spatters of dookie slop all over everything within the nine-foot blast radius. Even the macaques in the neighboring pen appear transfixed, having paused their constant masturbatory shrieking to take in the foul and powerful display. When an animal the size of a minivan evicts a hot tub’s worth of noxious slop from its bowels, you can’t help but stop and marvel.

Yep, visitors to the zoo are definitely getting their money’s worth today.

What a riveting performance by a master practitioner of the eliminatory arts. There’s no shortcut to becoming this good—diarrhea of this caliber is only honed through years of experience curling pipe in front of live audiences. While we feel bad for the zoo employees who are going to have to work overtime to get this mudslide cleaned up, we mostly feel lucky and grateful to have been present for this extraordinary feat of colonic virtuosity that will undoubtedly linger in our memories and nostrils for the rest of our days.