‘Everything Changed In An Instant’: How The Pressure To Decide Quickly At A Drive-Thru Forced One Man To Order A Different Thing Than He Actually Wanted 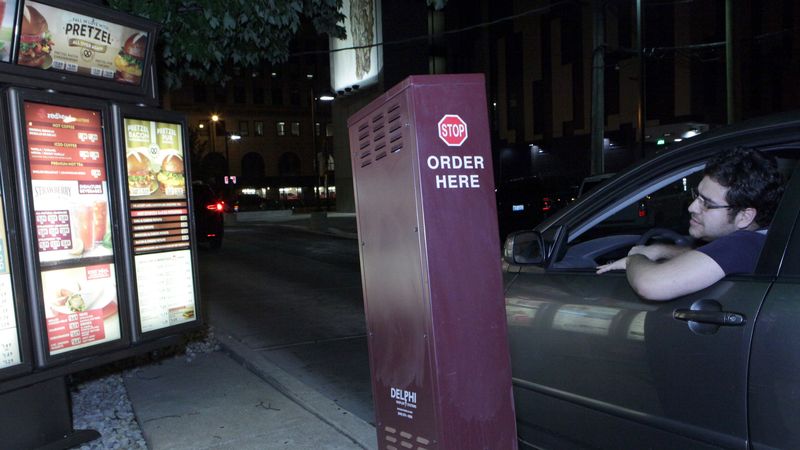 It could’ve happened to anyone.

It was 9 p.m. at a Wendy’s drive-thru on a weeknight, and 28-year-old Mark Kittredge of Bedford, Ohio, had his hopes set on trying a new menu item he’d seen on a commercial. As he pulled up to the speaker to order, his poise was immediately shattered when two more cars queued up behind him, intensifying the pressure for him to decide quickly.

“I wanted to try the new Pretzel Bacon Cheeseburger, but I couldn’t remember what it was called, and I felt like I was too rushed to try to find it on the menu,” Kittredge explained. “Also, I didn’t know what kind of sauce they put on it, and I would’ve wanted to check with the drive-thru guy first to make sure it wasn’t anything weird.”

“But seeing all those cars behind me, I just sort of froze up,” he continued. “The headlights, the loud voice buzzing from the speaker, the endless list of menu options—it was all so overwhelming. And then, just like that, I lost my grip. Everything changed in an instant.”

In the tenseness of the moment, Kittredge defaulted to his usual Spicy Chicken Sandwich combo, blowing his opportunity to try the new sandwich while also completely neglecting to order the chicken nuggets his roommate had asked him to pick up. And things only became more desperate once he pulled up to the payment window.

“I thought I had enough money in my cup holder to pay with exact change, but I had cleaned my car out earlier, so I had to scramble to find my debit card while the Wendy’s guy is just staring at me,” Kittredge said. “By the time they gave me my food, I was so anxious that I left without even bothering to check if they got my order right.”

“Every time I go to a drive-thru from now on, this is going to haunt me,” he continued. “Don’t think it can’t happen to you.”