Exploring The Origins Of 4 Halloween Traditions 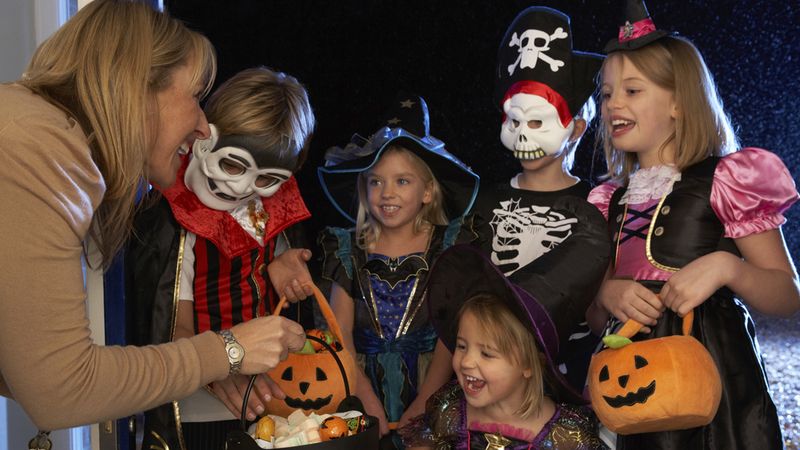 Have you ever wondered where your favorite Halloween traditions originated? Look no further! This list should answer all of your most burning questions.

Do you know why we carve jack-o’-lanterns on Halloween? The origins of this curious tradition actually date back hundreds of years, to the early Puritan settlers in the American colonies. The Puritans believed that every Halloween, the Devil would enchant the pumpkins’ faces so that they would come to life and say complimentary things about the legs of all the Puritan men, such as, “Nice legs. Very muscular,” and “Your legs are tremendous!” The man who got the most leg-based compliments from the jack-o’-lanterns would then be forced to spend Halloween in jail.

To this day, we still carve faces into pumpkins on Halloween to keep the Puritans’ tradition alive!

The custom of trick-or-treating can be traced back to the early religious beliefs of the Puritan settlers living in colonial America. According to Puritan lore, every Halloween, the Devil would knock on your door. When you answered, he would speak the foul words of a hellish enchantment and place an eternal curse on your household. To prevent this, Puritan families would wait by the door with armfuls of garbage so that when the Devil came and knocked on their door, they could stuff all the garbage into his mouth before he had time to utter the curse.

Have you ever wondered why we wear costumes every Halloween? The answer may surprise you! This longstanding tradition first began with the early Puritan settlers during colonial times. The Puritans believed that every Halloween night, the Devil would roam the streets with a spray bottle full of water and spray everyone he saw right in the face. The only people that the Devil wouldn’t spray in the face were witches, because witches are servants of the Devil and he thinks they’re awesome. In order to avoid getting spritzed in the face with water from the Devil’s spray bottle, the Puritans would all dress up as witches on Halloween night so that the Devil wouldn’t know which faces to spray and which faces to leave dry.

Even after all these years, we still keep this tradition alive by roaming the streets on Halloween night dressed as witches, ghosts, and other servants of the Devil in order to confuse Lucifer, should he ever try to spritz us in the face with water.

Every single Halloween, you and everyone you know go bobbing for apples. Did it ever even occur to you to question why? Here is why: In the late 17th century, when the early Puritans were living in the American colonies, there was a widely held belief that every Halloween night, the Devil would parade through the town ripping people in half vertically. Since water is like poison to the Devil, the Puritans would hide from him by spending the night with their heads completely submerged in buckets of water. In this way, they would be able to make it through the night without getting ripped in half. And in order to ensure they wouldn’t go hungry during their night in hiding, every Puritan would place several apples in their bucket of water to eat while they attempted to conceal themselves from the Devil.

There are echoes of this old tradition in the modern-day game of bobbing for apples, which recreates the act of hiding from the Devil underwater with a stash of food!