Extremely Brave: Strong President Donald Trump Is Courageously Sitting On His Toilet In A Gas Mask While The White House Gets Fumigated 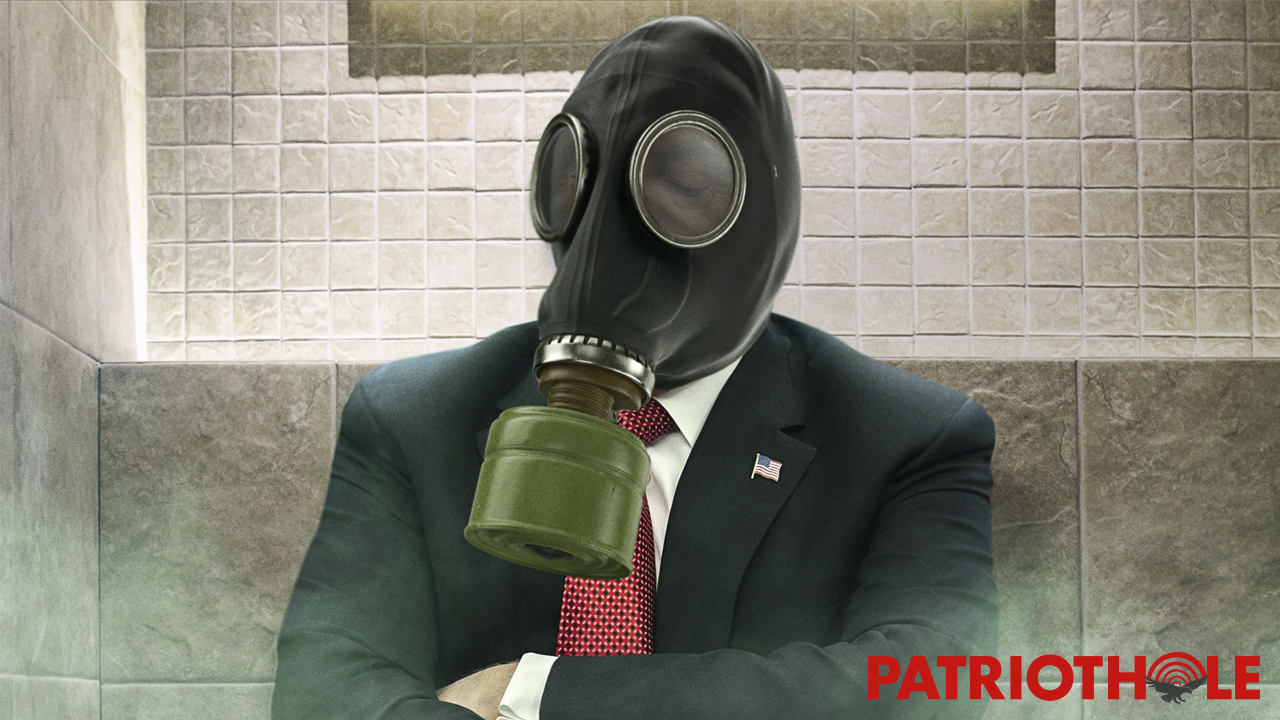 Once again, our flawless and incredibly wealthy and handsome President Donald John Trump has proven that he is the bravest man in the world. As we speak, strong President Donald Trump is courageously sitting on his toilet in a gas mask while the White House gets fumigated.

Another day, another act of unsurpassed courage from our glistening President Trump! Not even poisonous gas can keep our powerful president from using the toilet he loves!

“Although President Trump was repeatedly warned that the White House was getting pumped full of poisonous fumes as part of a routine pest control procedure, he simply responded, ‘Nobody tells me where to shit,’ before venturing into the noxious environment so he could defecate in his normal toilet,” White House press secretary Sarah Huckabee Sanders told reporters this morning, adding that she was very proud of our billionaire president as exterminators continued to fill the White House with pesticides behind her. “While many presidents, like cowardly Obama, would be too afraid to use the White House bathroom under these circumstances, President Trump was strong and rich enough to do it, and he’ll probably be in there for another couple of hours.”

As you read these words, it is mandatory that you stand up and salute your computer, because President Donald John Trump is sitting on his toilet in a cloud of poison, just like Superman!

White House sources have also confirmed that at one point during his toilet conquest, President Trump stood up and wandered with his pants down through the haze of poisonous gas clouding the empty halls of the White House while still wearing his gas mask. Then, much like the alpha male Rambo would probably do, President Trump wandered back to the bathroom and resumed using the toilet, but even harder.

Libtards take note: This is the way that masculine presidents show the world that America is the strongest nation on Earth. When all the bugs and mice in the White House are finally dead and the building is cleared of the toxic fumes, President Donald John Trump will remain, seated on the toilet in his gas mask, basking in his glorious victory. All real Americans should be sure to wish President Trump godspeed as he continues his heroic bowel movement today!