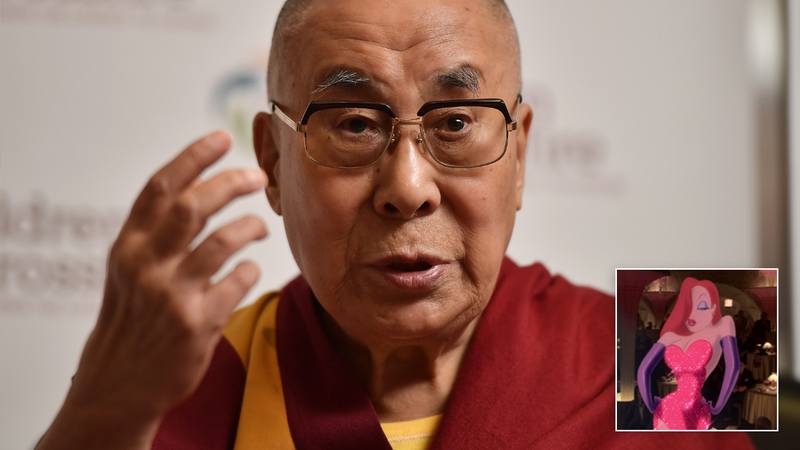 This is definitely a low point for the leader of Tibetan Buddhism.

According to numerous reports, the Dalai Lama’s shameful fall from grace occurred while he was waiting for a flight in the American Airlines Admirals Club at Kennedy International Airport and used his phone to Google “sexy wife of movie rabbit.” When images of Jessica Rabbit from the 1988 film Who Framed Roger Rabbit appeared on his screen, the Dalai Lama was reportedly overcome by lust, and, after a lifetime of ascetically resisting the urge to pleasure himself, he gave in to his desires and ducked into a nearby bathroom and masturbated to one of the photographs of the buxom cartoon woman.

For what it’s worth, the Dalai Lama clearly regrets succumbing to temptation and tarnishing the lifelong pledge that Buddhist monks make to refrain from sexual pleasure, and he took to Twitter to apologize for the incident.

As the 14th reincarnation of the Dalai Lama, Tenzin Gyatso is charged with upholding centuries of dignified tradition, but sadly he fell short of the mark today. Hopefully, going forward, he’ll be able to avoid lapses in spiritual discipline like the one that occurred at the airport!