Fans Rejoice: ‘Talking Bad’ Just Got Renewed For A Brand-New Season On Netflix! 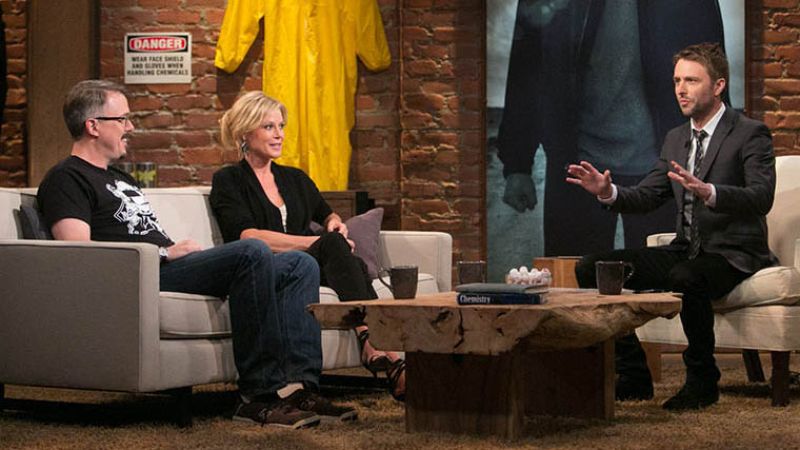 Well, Talking Bad fans, you asked, and the universe responded!

Yup! It may have been two long years since Chris Hardwick and the gang went off the air, but the almighty Netflix is officially bringing everyone’s favorite post–Breaking Bad panel show back to life in 2016.

So get ready, diehards: According to Netflix, the new season will have clips featuring Walter White, Jesse, and all your favorite Breaking Bad characters, along with even more heart-pounding trivia and speculation about your favorite Bad plotlines.

Not only will the network be bringing back Bryan Cranston and the whole cast, but it has also been able to snag old crowd favorites Julie Bowen, Samuel L. Jackson, and Jimmy Kimmel away from their already busy schedules.

The only question is, will the magic of the 2013 classic still be there? We sure hope so, because eight new episodes of Talking Bad will be available starting next February.

Just don’t binge them all at once!