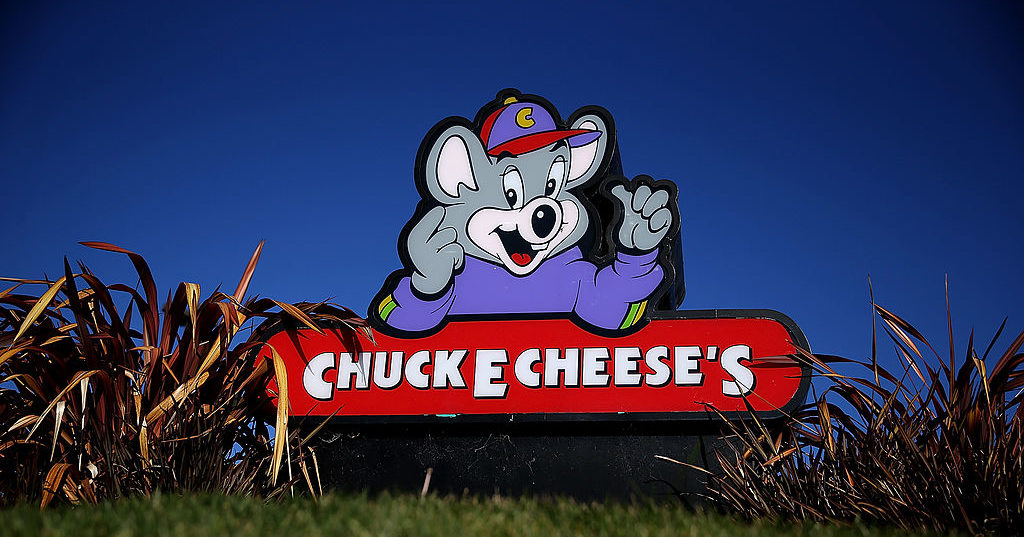 NEWARK, CA - JANUARY 16: A sign is posted in front of a Chuck E. Cheese restaurant on January 16, 2014 in Newark, California. CEC Entertainment, operator of 577 kid-themed restaurants, announced today that it has agreed to be purchased by private equity firm Apollo Global Management for $1.3 billion. (Photo by Justin Sullivan/Getty Images)

Just weeks after filing for Chapter 11 bankruptcy, one of the country’s most popular entertainment destinations is back in the spotlight with more big news: The parent company of Chuck E. Cheese has announced that there is an owl out there large enough to eat Chuck E. Cheese and that one day the owl will find him.

How fascinating! It’s so cool to get to learn more about Chuck E. Cheese and his world!

This morning, CEC Entertainment, the parent company of the games-and-pizza chain released a statement revealing that there is a massive owl hunting Chuck E. Cheese, and he’s getting closer and closer to finding him every day. Check it out!

“Good morning. Many of you probably look at Chuck E. Cheese and think, ‘That mouse is the size of a man. He is too large to ever get eaten by an owl.’ We are here to tell you that, in fact, there is an owl out there large enough to devour Chuck E. Cheese. That owl is hunting Chuck as we speak, and one day, inevitably, that owl will find him and eat him. The owl in question is about the size of a school bus. Someday in the future, maybe tomorrow, maybe 10 years from now, that gigantic owl will swoop down on Chuck E. Cheese, grab the grinning rodent in his powerful talons and fly away with him into the sky. The owl will eat Chuck E. Cheese and regurgitate an owl pellet that contains Chuck E. Cheese’s bones, as well as his cool backpack and hat.

We are also excited to inform you that Chuck E. Cheese is constantly nauseous with fear over this owl, and that he knows it’s impossible for him to escape from it. One day Chuck E. Cheese will be going about his normal business, like entertaining children at birthday parties by showing them how far he can spit his chewing tobacco or mugging people in the restaurant parking lot at night and demanding that they give him any chewing tobacco that they have on them, when all of a sudden he will hear the ear-piercing shriek of a bus-sized owl, and that will be the end of his life. Chuck E. Cheese has been trying to defend himself by chewing as much tobacco as he can in order to give his flesh an unpleasant bitter taste that the owl will find disgusting, but in his heart he knows that this is futile. He knows the owl will eat him even if he tastes disgusting. When Chuck E. Cheese does get eaten, we will celebrate with a 20-percent-off pizza deal for our customers.

Okay, that’s all the news we have for now.  Goodbye.”

So cool! It’s truly illuminating to know that Chuck E. Cheese lives in constant fear of the gargantuan bird of prey that hunts him day and night! We wish Chuck E. Cheese the best of luck in his quest to chew enough tobacco to make himself taste disgusting, but it sounds like that ultimately won’t make a difference. We can’t wait until the day finally comes when the large owls finds Chuck E. Cheese and carries him away screaming into the sky!