Feminism FTW! Mattel Just Added Diotima Of Mantinea To Their ‘Who The Fuck Were They—Women In History’ Doll Collection 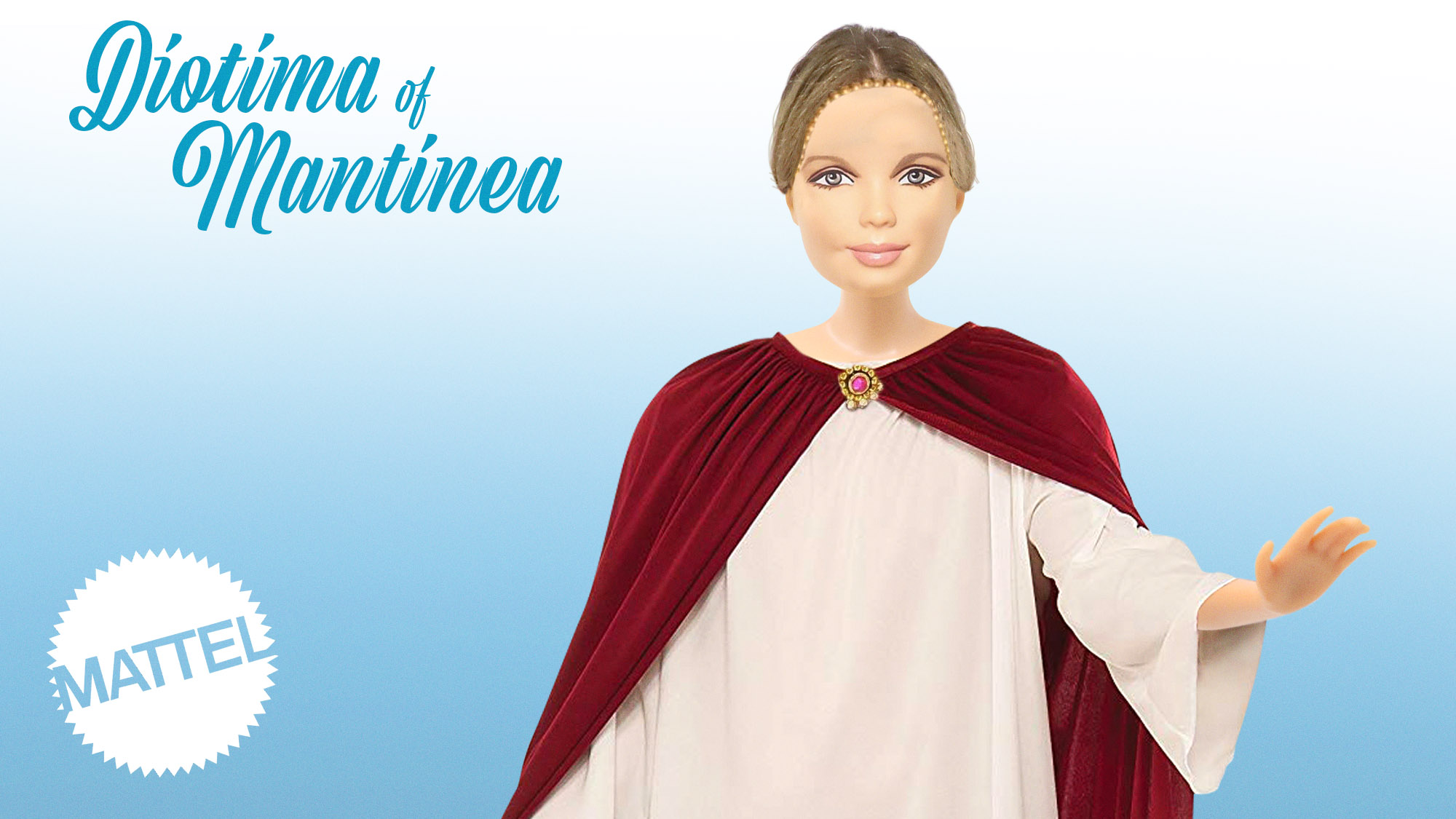 One of the biggest toy companies in the U.S. just did something awesome that’s going to have feminists everywhere standing up and cheering: Mattel just added Diotima of Mantinea to their “Who The Fuck Were They—Women In History” doll collection.

How awesome! Whoever the hell Diotima of Mantinea was, she is no doubt going to inspire thousands of girls!

Mattel announced today that they will be adding Diotima of Mantinea, who was apparently an ancient Greek philosopher, to their “Who The Fuck Were They?” line of dolls, which represent amazing women from throughout history who pretty much seem like total randos if you aren’t, like, an expert on whatever historical period they come from.

The Diotima doll, which will be a 12-inch-tall likeness of the prophetess and philosopher who was said to be a contemporary of Plato, will come equipped with a realistic roll of parchment, a tiny ancient Greek-style amphora, and a pamphlet explaining to kids that though they might think Diotima is just some random-ass lady, she was in fact a preeminent thinker whose teachings helped shape modern day concepts like Platonic love.

“We have spent over a year designing this exciting new Diotima of Mantinea doll, and we hope girls around the country will proudly show it to their friends and feel empowered to answer questions like ‘Diotima of what?’ and ‘What the hell are you saying? Is that a real name?’” said Michelle Golden, a spokesperson for Mattel. “At Mattel, we believe that it’s vital to expose the next generation of kids to women who made their mark on the world to some degree, though not so much so that your average person would look at the doll and go, ‘Oh, I know who that is.’”

Hell yeah! This sounds like the kind awesome, feminist toy any kid would be lucky to have!

The new doll will join 20th century Polish composer Grażyna Bacewicz, Colombian revolutionary Policarpa Salavarrieta, and early Chinese empress Wu Zetian as the fourth addition to the “Who The Fuck Were They?” line. And with the new Diotima doll, Mattel has also introduced a special “Who The Fuck Were They?” display case with engraved descriptions of each figurine, so that girls can easily keep straight what each woman’s deal was and how she ended up becoming sort of interesting as far as people from throughout history go.

Well, this is just awesome! The world needs more empowering toys for girls, and this Diotima of Mantinea doll seems like it will be a great step in the right direction. Bravo, Mattel!