Feminist Win! This Woman Is Wearing A Ton Of Makeup, Which For Her Is Way Braver Than Going No-Makeup Because She Is Fucking Terrible At Putting On Makeup 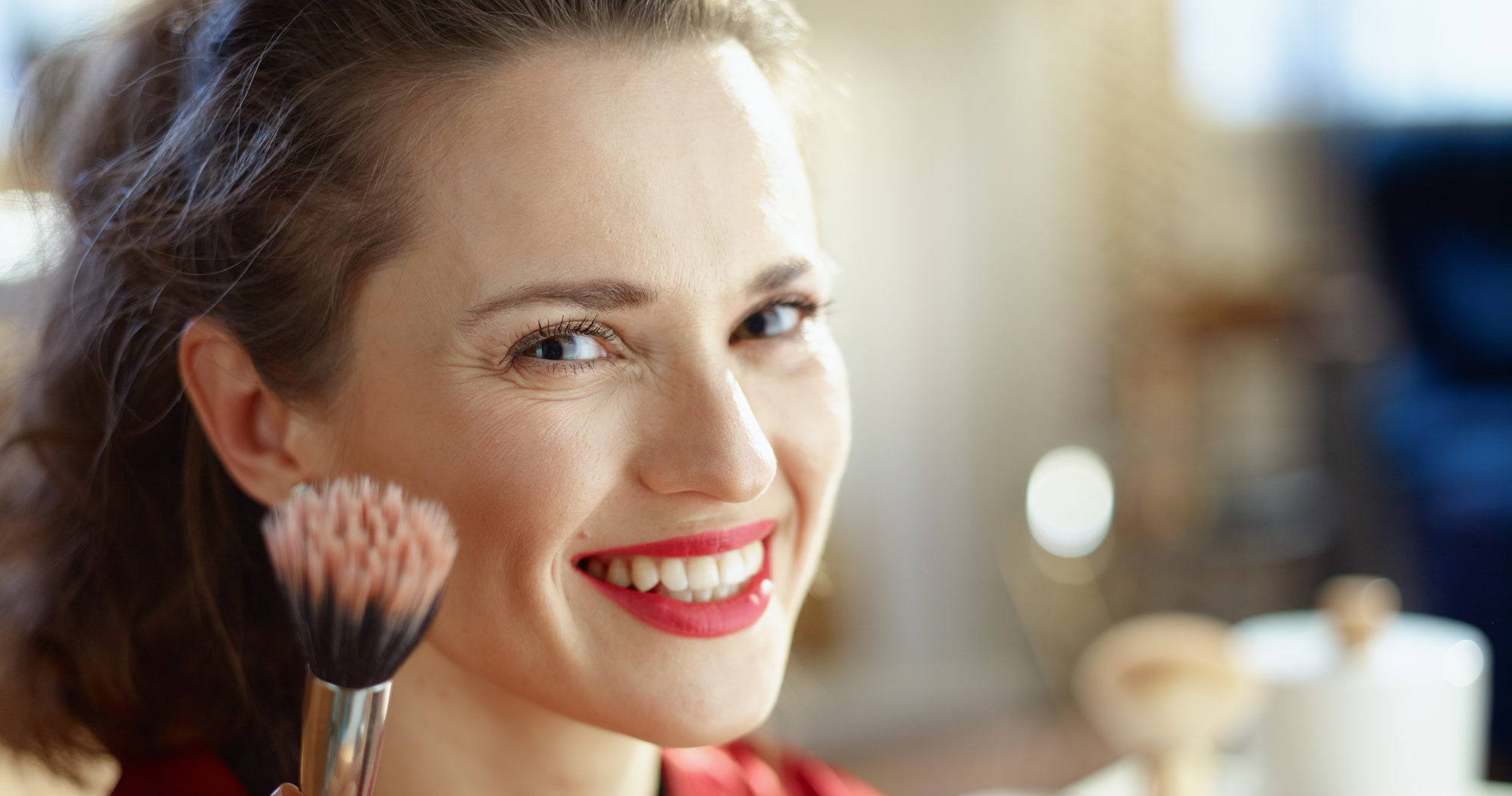 It’s not easy living as a woman in a society where every aspect of your appearance is constantly scrutinized, but here’s a beautiful story that will inspire you to be bold and do your own thing rather than worrying about unrealistic beauty standards: this woman is wearing a ton of makeup, which for her is way braver than going no-makeup because she is fucking terrible at putting on makeup.

Yes! This is so empowering—we have no choice but to stan!

This morning, 28-year-old Rosie Brecker of Austin, Texas boldly stepped out of her house in a full face of makeup, which may seem like an attempt to conform to typical beauty standards, but is actually a super subversive, anti-beauty-culture act given that every time she puts makeup on it looks completely fucking awful. Despite living in an appearance-obsessed culture her entire life, Rosie somehow never quite figured out how liquid eyeliner works or what blush is really supposed to do, and now, every time she tries to do a clumsy cat-eye look or applies the too-bright lipstick she thinks gives her a sort of child-pageant-contestant vibe, it takes all the inner strength and confidence she has to step out in public and strut her stuff. Rosie knows for a fact that putting $150 worth of products from Sephora on her face makes her look at best like a confused preteen and at worst insane, but she is bravely sticking it to the patriarchy by looking god-awful in her makeup anyway!

Some women feel pressure to put on foundation, mascara, and lip gloss every single day just so they can hide their imperfections and look “good enough” to show their faces in public, but not Rosie. In fact, going bare-faced is way more of a safe choice for her, since the way she puts on base makeup actually makes her look like she has a skin condition. But according to a powerful post she recently put up on Instagram, she’s no longer content to play it safe.

“Normally I don’t do this, but I decided to throw caution to the wind and put on foundation, concealer, mascara, eyeshadow, eyeliner, lipstick, and blush before going out today,” read the caption on Rosie’s courageous post. “And I’m posting a picture because I want women everywhere to know that you can still be your beautiful, radiant self in makeup, even if you’re absolute dogshit at putting it on. Yes, it makes me feel vulnerable to go out in public with blush that goes all the way up to my temples because I think I saw that in a magazine one time, but sometimes, a little vulnerability is better than a lot of perfection. So don’t be afraid to wear makeup, even if you’re a complete fucking idiot at it like I am.”

Yes! Posting an awkward selfie of herself in almost clown-like makeup is actually far more impressive than any celebrity’s no-makeup pic, because the sheer lack of skill with which Rosie applied her new highlighter stick is a true slap in the face to the idea that women need to look flawless at all times. Rosie looks like straight-up garbage right now, and she is getting out there and taking up space like the messed-up eyeshadow queen she is. Get it, girl!

Yep, this is giving us the confidence boost we need to get through the day. It’s so awesome to see a woman wearing bad makeup in a society that tells her every day that she can’t! Rosie, you are our hero—keep fighting the good fight, because you’re inspiring us in a major way.