Fighting Fire With Fire: Mitch McConnell Is Attempting To Channel AOC’s Populist Appeal By Preparing A Supper Of Boiled Dog Live On Instagram 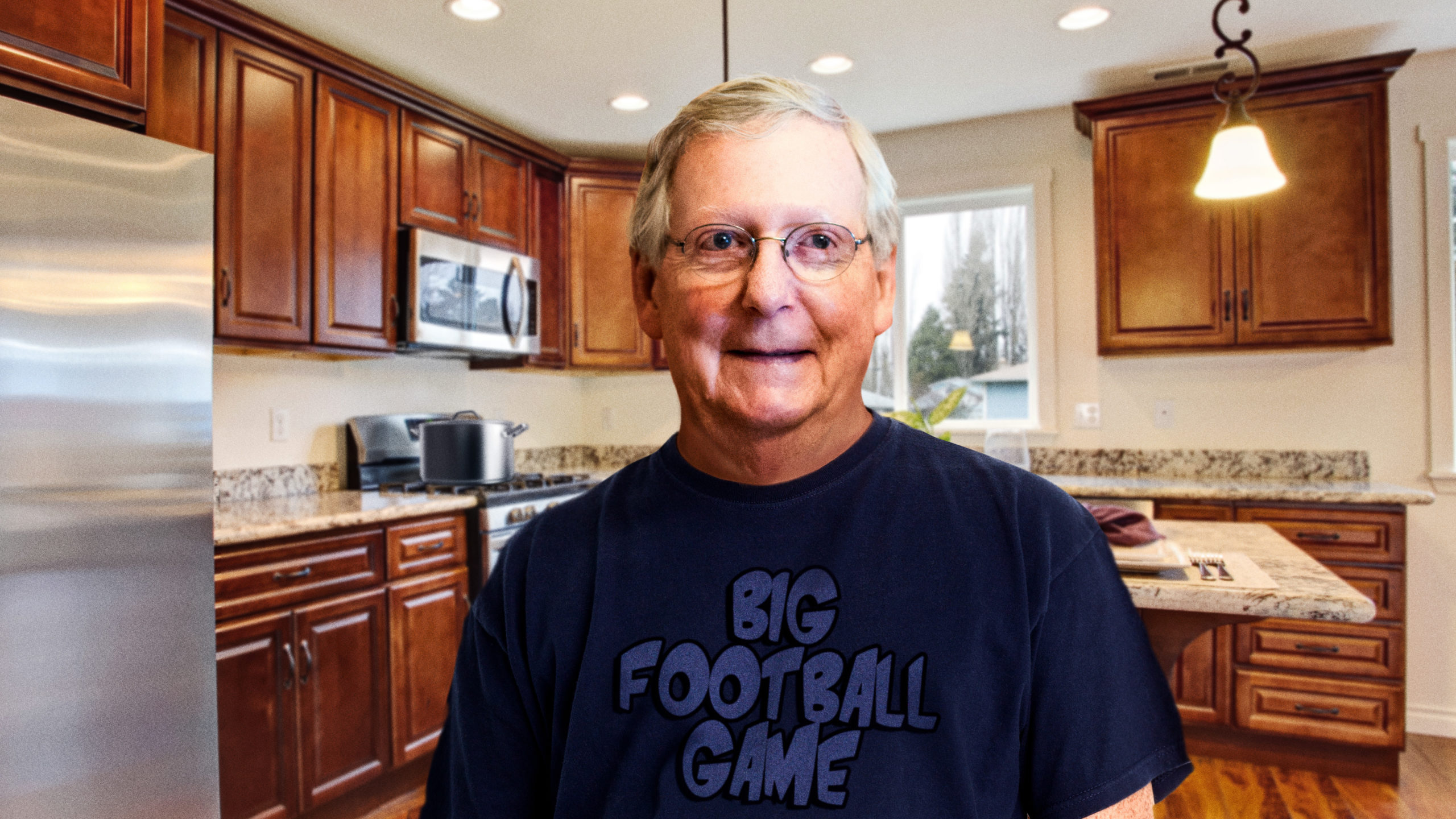 Congresswoman-elect Alexandria Ocasio-Cortez (D-NY) has cultivated much of her extraordinary grassroots success through her candor and authenticity on social media, and now it appears that her foes across the aisle have caught on and are starting to crib from her playbook: Senate Majority Leader Mitch McConnell (R-KY) just tried to channel Ocasio-Cortez’s populist appeal by cooking a supper of boiled dog live on Instagram.

Hey, if it works for her, maybe it’ll work for the GOP.

Speaking live to his 7,087 Instagram followers from his upscale D.C. townhome last night, the 76-year-old McConnell walked viewers step-by-step through his great-grandmother’s famous boiled dog recipe in an attempt to make himself seem more relatable to everyday Americans, clearly taking cues from similar cooking videos made by Ocasio-Cortez in recent weeks. Dressed in cowboy chaps and a T-shirt that said “BIG FOOTBALL GAME,” McConnell described the dish as a “hearty, normal American meal that only costs $700 to make and can sustain a blue-collar family like mine for numerous sustenance cycles.”

The Senate majority leader then led a sick, elderly basset hound into his kitchen, licked his lips with anticipation, and declared that no ritzy D.C. steakhouse dinner could ever live up to the delicious, dry taste of boiled hound haunch.

“The first thing you’re gonna want to do is get out your dog-smashing brick and hit the dog in the head with it until it’s mostly dead,” said a smiling McConnell before producing a large brick and vigorously bashing the basset hound’s skull for 10 minutes straight, at one point pausing to remind viewers to be sure to save any brain chunks that fly out to make brain milk later. “After that, put the dog in a big pot with 30 cups of salt and some Tylenol, just like Granny McConnell used to do. Then set the pot on fire for about nine hours until the dog becomes pulp. You’ll know it’s ready for sure when the meat starts hissing. Now, this isn’t gonna be the fanciest food you’ve ever eaten, but it’s down-home, regular American cooking that’ll fill you up and keep you energized during a long day of sawing at the minimum-wage automobile factory.”

As he live-streamed the dog slowly rendering and gurgling in its own viscera on the stovetop over the ensuing nine hours, Senator McConnell continued engaging his viewers with everyman banter, talking candidly about how he enjoys participating in classic American pastimes such as using hammers to fix his house, watching DVDs about spiders, and shooting machine guns in elementary schools. When he seemed to eventually run out of things to talk about, McConnell opted to recite the Pledge Of Allegiance very slowly for several hours until the boiled dog finally finished cooking, at which point the GOP leader hastily consumed 20 pounds of the molten, tarry dog hash in an unblinking frenzy while the “American Rock ’N’ Roll” preset on a Casio keyboard blared in the background.

After completing his meal, McConnell announced to his viewers that he needed to go do some repairs on his all-American monster truck, after which he stood up, recited the Pledge Of Allegiance one more time, and then stared frightened into the camera for several minutes until his security detail entered the frame and escorted him away.

While Rep-elect Ocasio-Cortez’s Instagram prowess might’ve given her the upper hand during the midterms, she shouldn’t rest on her laurels quite yet, because Mitch McConnell just proved that Republicans can be just as effective at using social media to win over the American people. But whether it’s a liberal or a conservative, in any case, it’s always refreshing to be reminded that, at the end of the day, politicians are just ordinary people who go home and make dinner like the rest of us.