Fighting Harassment: Twitter Will Now Only Allow Users To Tweet, ‘Die, Bitch’ To Bitches Who Should Die 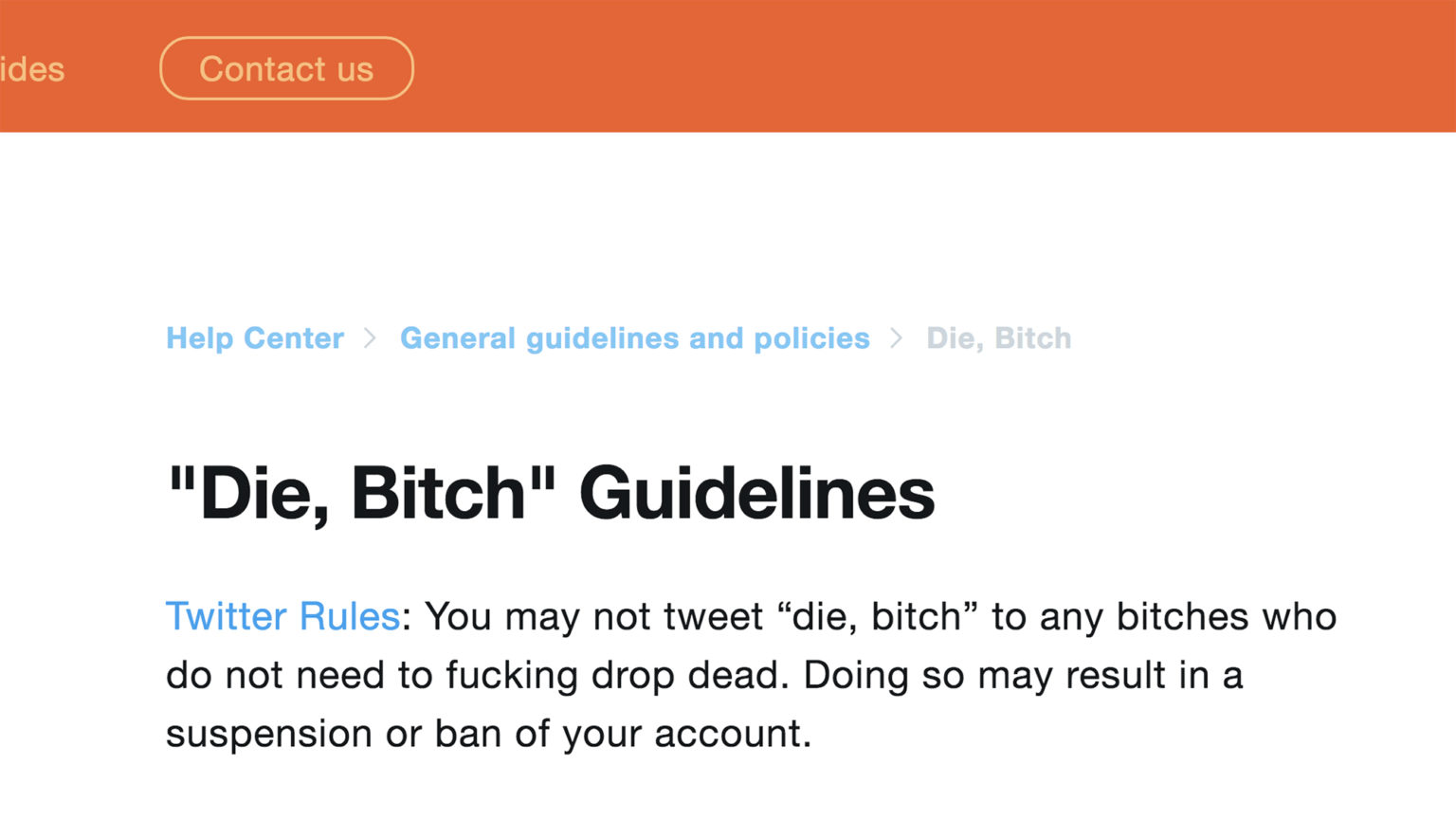 Twitter has long been under fire by users who feel that its management does not do enough to deal with the verbal harassment and abuse that often runs rampant on the site, but the social networking giant just announced a new policy that may just change things for the better: Twitter will now only allow users to tweet “Die, bitch” to bitches who should die.

Finally! This is a step in the right direction toward ensuring that Twitter users are all treated with the respect they deserve.

“It is our mission at Twitter to make sure that our users are not exposed to unsubstantiated, hateful speech, like when someone tweets ‘die, bitch’ at a bitch who does not genuinely need to log off and kill herself,” explained CEO Jack Dorsey in a press conference about the new policy. “We are committed to ensuring that the only dumb bitches who are told to go choke or drown are the ones who actually deserve to do those things due to being stupid whores who run their mouths too much. Any bitch who hasn’t stepped out of her place and does not actually need to drop dead should absolutely not be subjected to messages about how she ought to be six feet under—that’s not what Twitter is about.”

Thank you, Twitter! This is the kind of common sense reform we need from our social networks!

Dorsey further explained that under the new policy, users will be able to flag messages like “die, bitch” as inaccurate. The messages will then be reviewed by a content monitoring team who will determine whether the cunt in question is actually the type of person who would make the world a better place by just fucking dying. If not, the user who posted the message may face having their account suspended or even being permanently banned from Twitter, depending on how far off the mark they were when they suggested that people as stupid as the bitch they’re tweeting at should be forcibly euthanized.

This is fantastic. With this new policy in place, users are going to feel so much safer when they post on Twitter. Here’s to open, honest, and respectful discourse on the internet!