Finally! A Judge Has Ruled That All Hearses Must Be Outfitted With A Sign That Lets You Know Whether There’s A Dead Person Inside 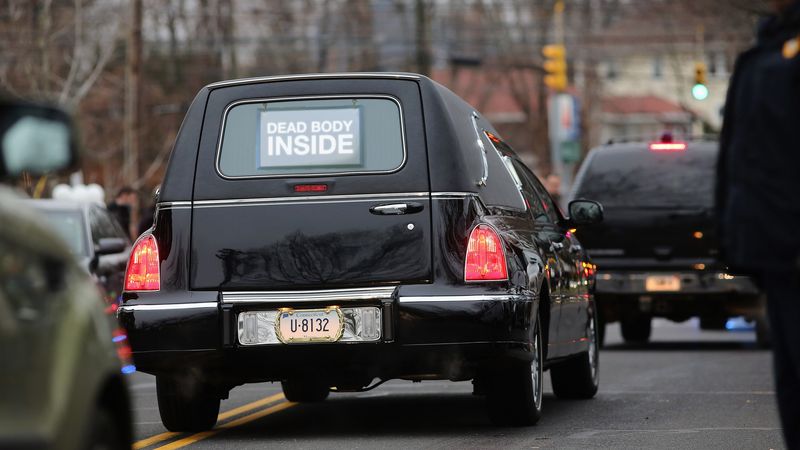 After years of court battles and rapidly shifting public opinion, at last it seems like America is ready to enter the 21st century. Finally, a judge has ruled that all hearses must be outfitted with a sign indicating whether or not a dead person is actually inside.

That’s right. Yesterday afternoon, a federal appeals judge in California got the message and came down on the side of plaintiffs in a massive class-action suit, ruling that it is unconstitutional for “owners and/or operators of any vehicle used primarily in the transportation of deceased individuals to knowingly withhold information from the public regarding the status of dead occupants that may or may not be contained within the vehicle.” Awesome!

So, say goodbye to the days of being stuck in traffic, peering through tinted glass trying to spot a coffin, because Judge Marsha S. Berzon has officially made it illegal for any hearse to travel on public roadways without an appropriate “corpse indicator” sign. Her 45-page decision even goes so far as to mandate that the signs be at least 2 feet wide and visible at night! Seriously, is there room on the Supreme Court for a 10th justice?

On social media, supporters of the corpse indicator movement erupted in celebration upon hearing the verdict. The hashtag #NowWeKnow quickly became the No. 1 trending topic on Twitter.

There’s no denying this is a big win for justice, but we’ve still got a long way to go. Even with today’s ruling, it’s still perfectly legal for a hearse to drive down the street without any window stickers that have the name of the dead person written on them. And with the exception of Delaware, Illinois, and Oregon, hearses still aren’t required to have a loudspeaker on top that broadcasts the cause of death.

Hopefully, today’s ruling paves the way for even more progress!