Finally! NASA Announces Rescue Mission To Retrieve The American Flag That Was Left Behind On The Moon 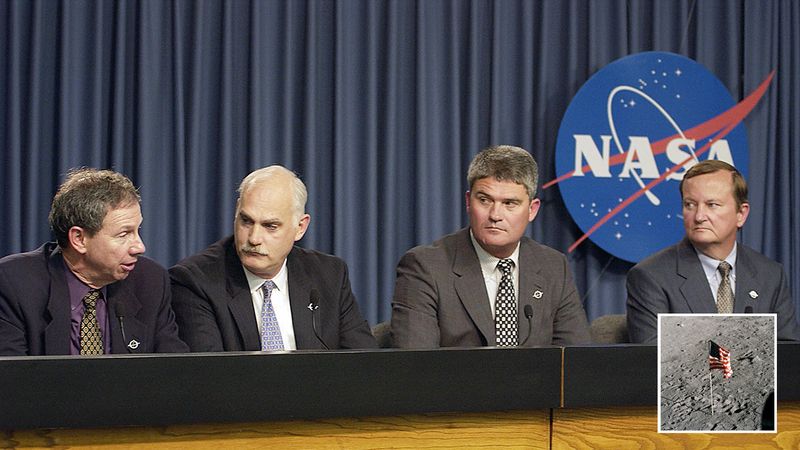 It’s been almost 50 years since the Apollo 11 lunar mission returned, and while America applauded the safe return of astronauts Neil Armstrong, Buzz Aldrin, and Michael Collins, there’s always been a lingering feeling of unfinished business.

Well, now everyone can have some closure, because NASA is at last retrieving the flag that was left behind on the moon in 1969. Finally!

“Over four decades ago, we planted a U.S. flag on the moon, and now we’re finally ready to correct that mistake,” said NASA spokesperson Josh Byerly at a press conference last Friday. “It’s time to bring that flag home and end this dark chapter of American history once and for all.”

The mission, called “Operation: Homecoming,” is scheduled to launch in October 2018 and will cost $120 billion, a small price to pay to retrieve the flag that was cruelly left behind on the desolate lunar surface.

In the years since the 1969 moon landing, Neil Armstrong famously issued numerous apologies for forgetting the flag in his haste to leave the moon, consistently blaming his own absentmindedness for what he called the “failed mission.” His widow, Carol Held Knight, even said the former astronaut felt “a profound sense of guilt” until the day he died.

But now, the questionable legacy of Apollo 11 will be righted with the safe return of the flag! While it has taken decades to correct this mistake, NASA deserves credit for following through and doing it right.

“The flag was one of the most important parts of that mission,” said Apollo 11 astronaut Buzz Aldrin in a public press appearance earlier today. “I have not had one peaceful night’s sleep knowing it’s been standing on the moon all these years. It’s finally time for it to come home.”

We salute you, NASA. Can’t wait to see that amazing flag back earthside!