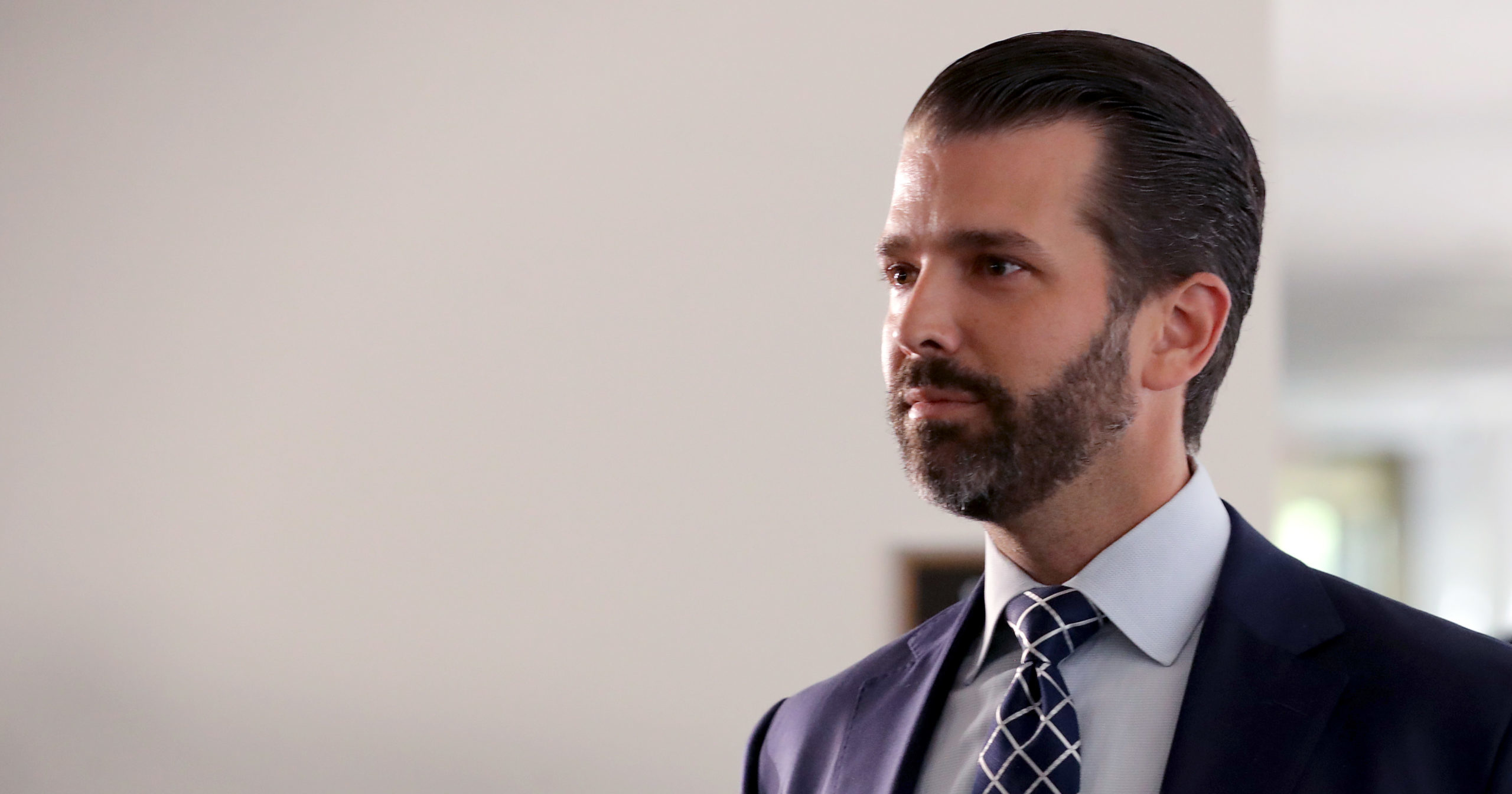 Proximity to power can be just as intoxicating as power itself, and one of the president’s children just learned a hard lesson about what can happen if you let that proximity go to your head: Donald Trump Jr. introduced himself at a White House dinner as “Big Donald Trump Jr.” and his father slapped him in the face.

Yikes. Looks like Don Jr. was taken to task in a major way after getting a bit too big for his britches!

The incident took place last night in the White House dining room at a function for around 100 members of the Trump Administration and foreign dignitaries. Donald Trump Jr. shook the hand of a member of Mike Pence’s staff and said, “How’s it going? My name’s Big Donald Trump Jr.” at which point his father, overhearing him, wound up and slapped him hard in the face before saying, “Shut up. You are regular-sized. Your name is Regular Donald Jr. or even Small Donald. Don’t ever say that again.” White House officials and members of President Trump’s cabinet were seen nodding in approval and shaking the president’s hand shortly after the incident.

Don Jr. must have been so embarrassed!

According to White House insiders, after getting slapped by his father, Don Jr. snuck around the dinner party quietly introducing himself by names such as “Huge Don Jr.” and “Massive Donny Smalls,” which prompted President Trump to chase his son around the room shouting, “Hey! Stop that! No! You’re small!” and slapping him in the face every time he caught him. Following each slap, Don Jr. would scream, “I’m sorry! I’m sorry! I’m nothing! I’m a worm!” before whispering, “I’m actually Humongous Don Jr.,” to the nearest person to him once his father was out of earshot. One time he accidentally whispered that his name was “Galaxy-Sized Donald Trump Jr.” to President Trump after President Trump had just slapped him, causing the president to immediately slap him again. Senator Lindsey Graham reportedly said, “Very impressive slap, Mr. President,” after which President Trump spit into Mr. Graham’s drink. Graham then reportedly said, “Thank you, sir” and walked away.

Those present at the event also say that later in the night, Don Jr. stood on his tip-toes and whispered, “Taller” very quietly to himself, and President Trump sprinted across the room and punched him in the stomach. Additionally, toward the end of the night, Don Jr. went into the bathroom and changed into a large inflatable sumo wrestler costume and started telling people he was a bodybuilder. President Trump responded by stabbing his son in the leg with a dinner fork. Don Jr. just didn’t seem willing to learn his lesson that he is a regular-sized man!

President Trump addressed these multiple altercations with his son in a tweet earlier today, saying: “Yesterday I slapped my little son Donald Trump Jr. multiple times for claiming that his name was Big DONALD Trump Jr. He is REGULAR SIZED or even SMALL. NO REGRETS!!!” Trump Jr., however, has yet to publicly acknowledge the incident.

While the confrontation between the president and his son seems to be over for now, it looks like Don Jr. has learned a tough lesson about staying in his place. Here’s hoping he stays humble and doesn’t introduce himself as Big Donald Trump Jr. any time soon, or else the consequences might be even more dire!