Foodies Rejoice! Scientists Have Engineered Chicken Breasts To Be Conscious And 80% Tastier 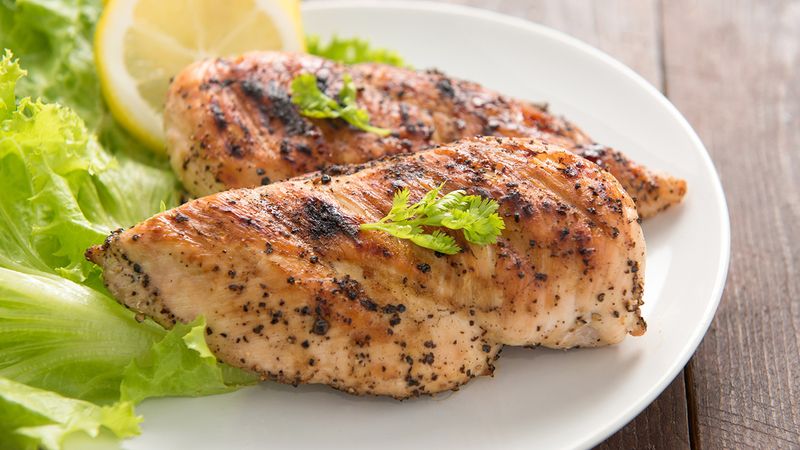 Get excited, foodies, because you’re finally going to be able to take your simple chicken dinner to the next level. A team of scientists has successfully engineered chicken breast so that it’s 80 percent tastier and also conscious.

Thanks to genetic engineers at biotechnology startup NuProtein, you’ll soon be able to purchase chicken breast that’s both fully sentient and markedly more savory than any chicken breast currently found in grocery stores.

“We’ve genetically augmented the meat so that it carries a greater richness of taste and sense of self than any other chicken product on the market,” said Rich Nowak, NuProtein’s founder and CEO. “In fact, you’d be hard-pressed to find any other food product with such complexity of flavor or full awareness that it is in the process of being consumed.”

The lab-cultivated meat is created by taking stem cells from free-range chickens, then blending them with a secret cocktail of nutrients and a patent-protected consciousness-spawning substance. The final result is chicken breast that both satisfies more tastebuds and has nerve endings that feel every single part of the chewing, swallowing, and digestive processes.

“In our early trials, subjects found that eating the meat can be a little disconcerting at first, as the entire breast tends to violently convulse when you first stick your knife into it,” said Nowak. “But the fact is, once you have your first blissful bite, your flavor receptors ignite and the pleasure centers in your brain take over, making it easy to ignore any violent gasps coming from the chicken breast.”

According to NuProtein, the remarkably tasty meat can be readily mass-produced, and if all goes as planned, the chicken breasts should hit store shelves nationwide by the end of the year! We can’t wait.