Freaky: It’s Impossible To Tell Whether The Neighbors With A Small House And A Speedboat In Their Driveway Are Rich Or Not 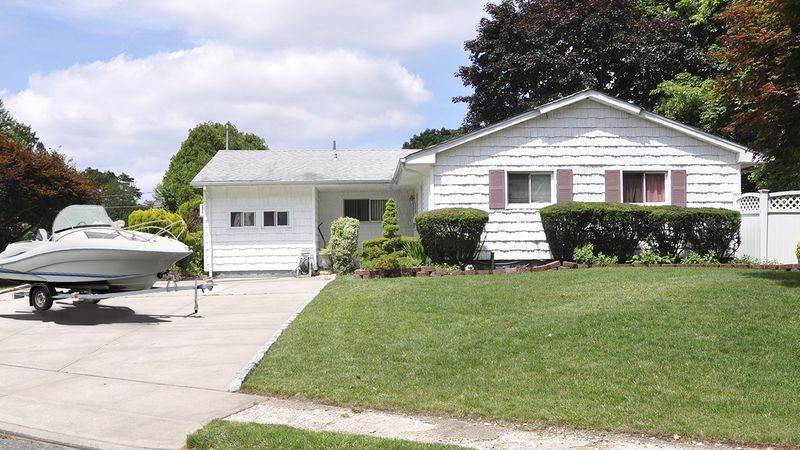 Okay, this just got way too weird.

Down at 82 Fox Crest Lane, the Gilbert family lives in a small house. This would indicate that they aren’t exactly overflowing with money, right? Well, get this: In their driveway, in front of their little house right now, is a speedboat.

So you’re telling us that the Gilberts have a small house, a slightly unkempt lawn, a 2004 Toyota Camry, and a fucking speedboat.

No other house in the neighborhood has anything this weird going on, as their sizes all clearly correspond with the economic status of the family living inside! One time, the Nguyens had a brand-new Acura in their driveway, but that was clearly only a rental car. This is just totally nuts! Are we supposed to believe that the members of the Gilbert family spend their week living in a tiny house, but on weekends take their speedboat upstate and ride it around the lake with the one-percenters?

Yeah, talk about a total mindfuck.

So which is it? Are they a family of rich folks who live incredibly modestly, with the exception of one major purchase? Or did Mr. Gilbert just splurge on the speedboat, potentially putting his family’s entire future in jeopardy?

It’s just too hard to say. But if one thing is for sure, it‘s that seeing the speedboat next to their small house is as close to a real-life optical illusion as you’re going to get!

Crazy. Who needs drugs when this exists?