Fuck’s He Trying To Prove? This Kid’s Friend Who Stayed For Dinner Just Rinsed Off His Plate And Put It In Dishwasher 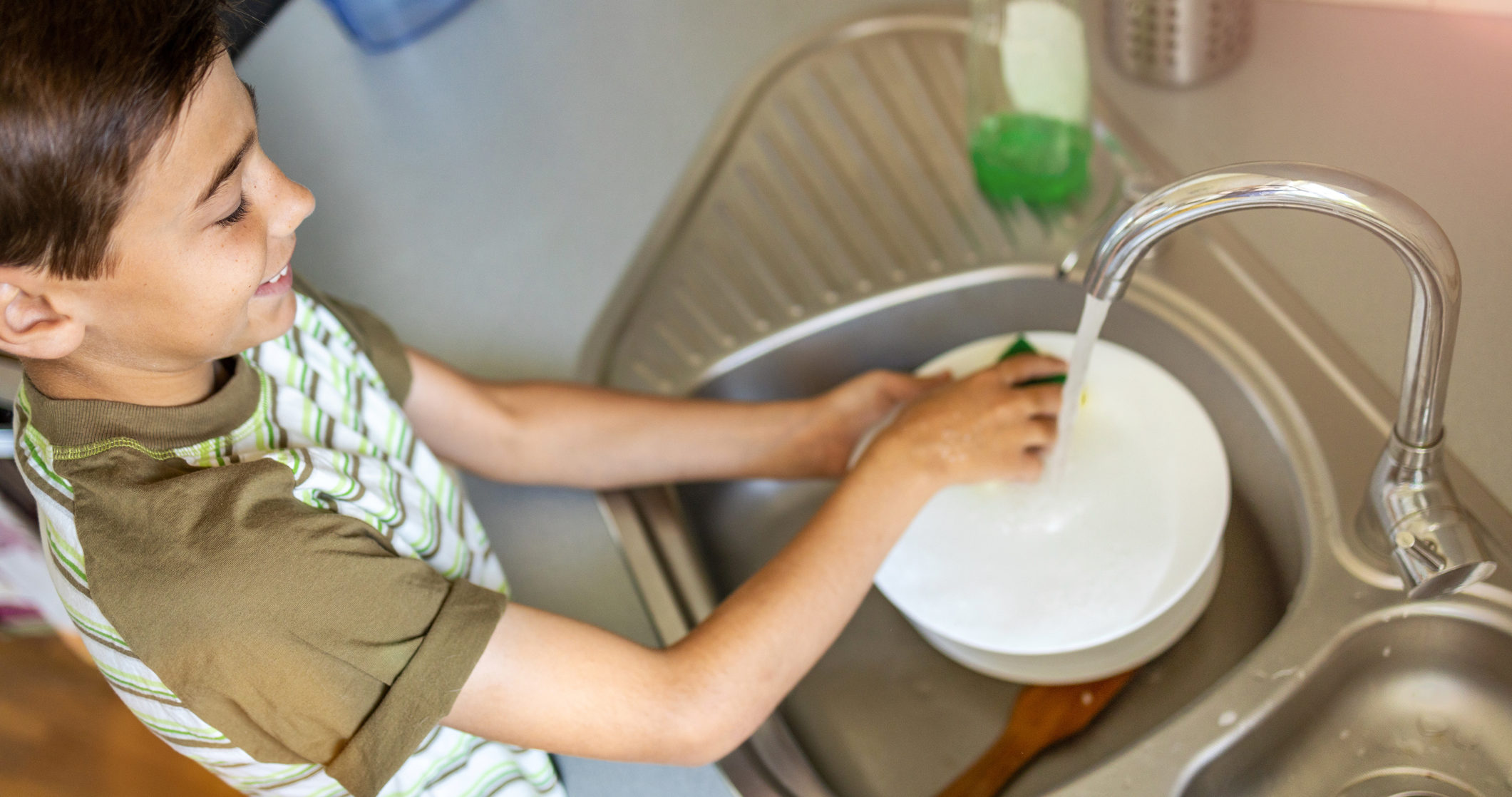 We can hardly believe what our eyes are seeing, because one young overachiever seems to be going out of his way to make the rest of us look like assholes in comparison: This kid’s friend who stayed for dinner just rinsed off his plate and put it in the dishwasher.

Just what in the hell are you trying to pull here, dude?

After being invited to stick around for a nice dinner of spaghetti and meatballs at his friend Dylan’s house, 6th grader and apparent ass-kisser Cole Thomas made the utterly baffling decision to rinse the remaining tomato sauce off his plate in the kitchen sink and then finish off the whole demented act by placing his plate and cutlery directly into the dishwasher. Typically in these situations, friends just leave their plates on the table for Dylan’s mom to clean up and then dip off to the basement with Dylan to play Fortnite, but this little show-off intentionally went out of his way to bus his dishes like some kind of white-glove butler. Never mind the fact that their dishwasher doesn’t even require pre-washing—this kid is simply hellbent on showing Dylan’s family what a perfect fucking goody two shoes he is.

It’s genuinely bewildering that Cole feels the need to put on this weird Leave it to Beaver act instead of just behaving like a normal 12-year old-boy and leaving his dirty dishes on the table. So he got Dylan’s mom to say “Such excellent manners!” and thank him for his help, now what? Does he think he’s in the running for some kind of “Best-Behaved 6th Grader” award or some shit? Not to mention what a big Fuck You this is to his friend Dylan—now his parents are never going to let him hear the end of how well-behaved his friend Cole is and how he could stand to learn a thing or two about good manners from him.

Christ, what a fucking way to live your life.

You know what, Cole, if you’re so dead set on throwing Dylan under the bus with your bullshit, why stop there? Why not offer to help wipe down the dinner table afterwards, or even set out the cutlery beforehand instead of letting Dylan’s dad do it? Just completely upend the natural established order of the place and leave Dylan to pick up the pieces. He clearly had a good thing going here where he could just come downstairs for dinner, eat, and then bounce, but you had to invite chaos into the system and open the door to his parents asking him to clear the table or, God help him, even assist with light prep work like washing vegetables or grabbing ingredients from the pantry. Did all the extra work you potentially just signed him up for ever occur to you? Or were you too busy figuring out which friend you can fuck over by rinsing your dishes next just as long as their parents tell you you’re a good, thoughtful boy?

Man, some people. Here’s hoping the next friend Dylan invites to stay for dinner has less of a chip on his shoulder than this attention-seeking weirdo Cole does.