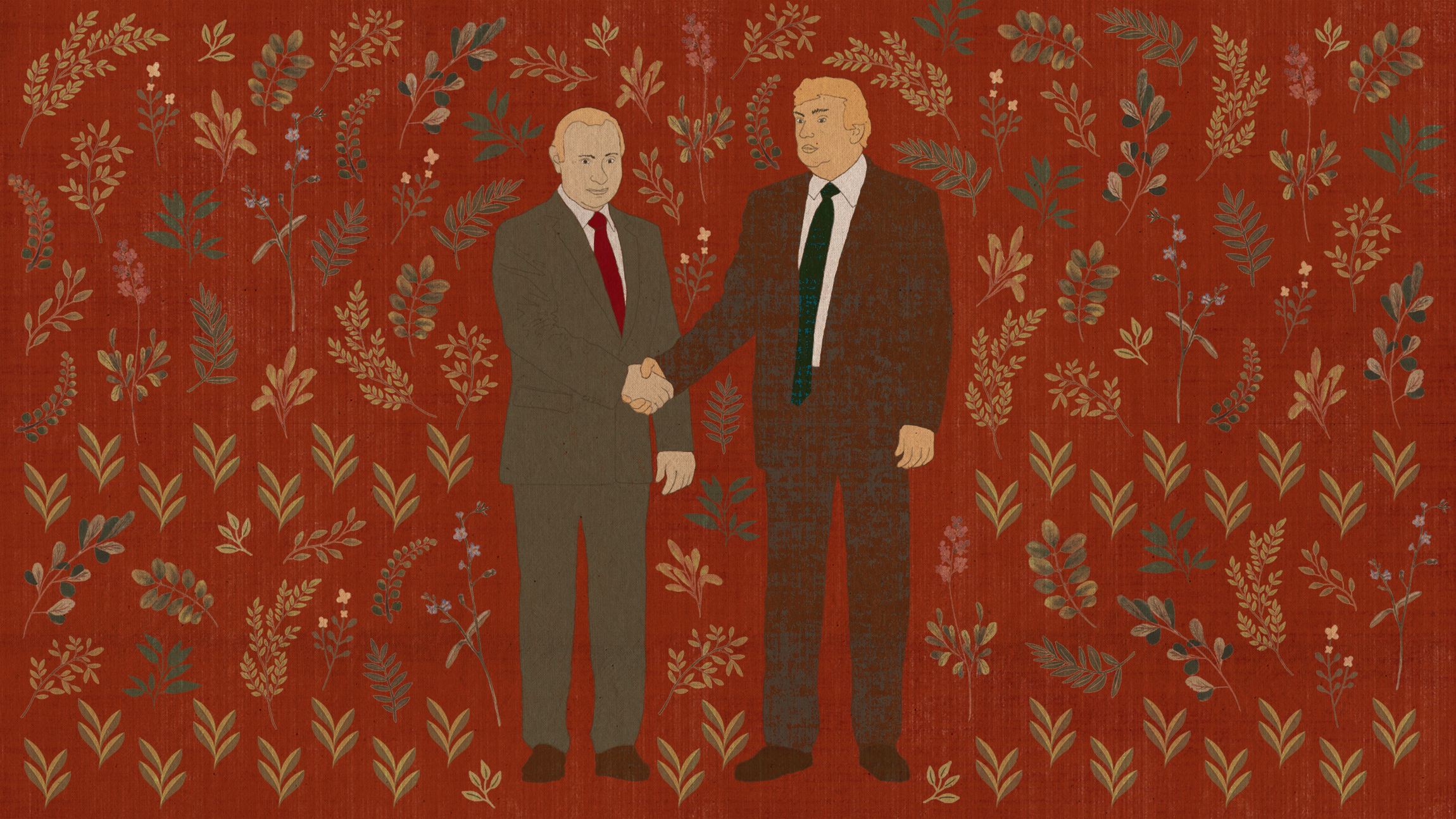 Robert Mueller’s ongoing investigation into collusion between Donald Trump and the Russian government has been inching closer and closer to an indictment, and this bombshell might just be the nail in the coffin for POTUS: An ancient order of Franciscan monks has just released a 13th-century tapestry depicting Donald Trump colluding with Russian officials.

Well, Mr. President, the other shoe just dropped. This is not looking good—not good at all.

The tapestry, woven by religious artisans during the 13th century and preserved by friars for hundreds of years, depicts Donald Trump shaking hands with Vladimir Putin in a mystical forest, clearly sealing a pact to disenfranchise American voters in 800 years. The two officials are recognizable by their suits and haircuts, and show clear as day that these two have long been bosom buddies, no matter how much they deny it.

Take that, Trump: The proof is clear as day. Good luck talking your way out of this one.

Since the Order of Friars Minor posted a snapshot of the tapestry on Twitter this morning, liberal pundits have already speculated that it may spell the beginning of the end for the Trump administration. And it looks like they’re right—in addition to the damning illustration of Trump and Putin’s relationship contained in the tapestry, a relief found in the basement of the monastery depicts Russian ambassador Sergey Kislyak as a centaur, approaching Trump and Putin holding a bag of coins in his mouth.

This is just the kind of evidence we’ve been waiting for since the very beginning of the Russia probe, and we won’t be surprised if Robert Mueller is finally poised to strike.

Get out the champagne, because it’s time to finally say (a very happy) goodbye to POTUS 45. Sorry, Donald, but this isn’t the kind of thing you can just throw money at to make it go away. The tapestry these Franciscan friars have revealed is proof positive of shady dealings between Trump and the Russian government—and it’s time for our president to face the consequences.