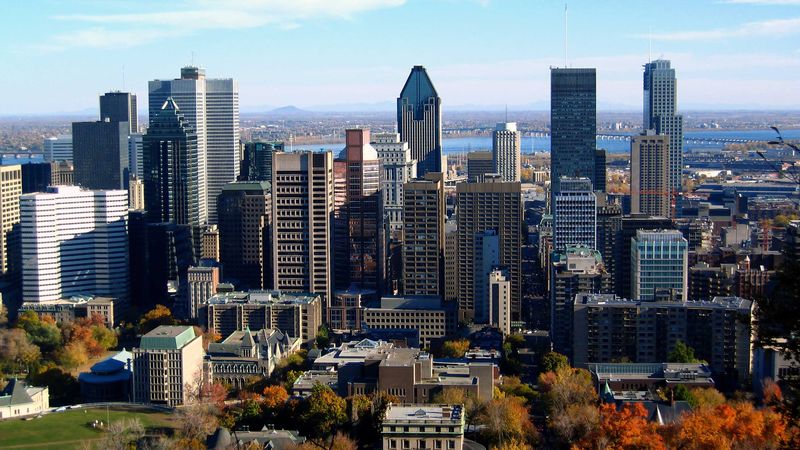 There are so many amazing things to see and do in Montreal that experiencing everything this amazing city has to offer in just one day is pretty much impossible. So if you’ve only got 24 hours to spend in Montreal, here are the things you absolutely have to do in order to get the most out of your visit.

1. Try poutine, Canada’s only food: It’s a big plate of french fries and cheese curds topped with brown gravy. It’s called poutine, it’s delicious, and it’s Canada’s only food. You’ll find it everywhere in Montreal, from grocery stores to McDonald’s to high-end restaurants to vending machines and everywhere in between, because as literally the only food sold or consumed in Canada, it’s pretty much everywhere.

3. Go to the rink to watch a few hockey births: Hockey is absolutely beloved in Montreal, and everyone’s favorite part of this sport (which Canadians call “Baseball On Ice”) is the moment when one of the players lies down on the ice in the middle of the game and gives birth to a beautiful baby right there in front of the screaming fans! All children born on the ice during a hockey game become the property of the Canadian government, and they are immediately taken to a military base where they are raised from birth to become mail carriers.

4. Ask everyone you see if they’re hungry in French: “Avez-vous faim?” means “Are you hungry?” in French, and it’s one of the most important French phrases to learn if you plan on running around Montreal and asking everyone if they’re hungry. Not only will doing this improve your French, but it will also help you figure out who’s hungry and who’s not.

5. Pitch investors your wing suit while you’re still in a country where hospitals are free: With everything your doctor said about what will happen if you get any more concussions after falling hundreds of feet, you’re going to want to be somewhere where healthcare doesn’t cost a dime when you show venture capitalists how much glide your homemade bat suit can get from a third-story rooftop.