Going All-In: The Struggling Porthole Industry Has Used Its Entire Advertising Budget To Pay John Boyega To Get His Head Permanently Stuck In A Porthole 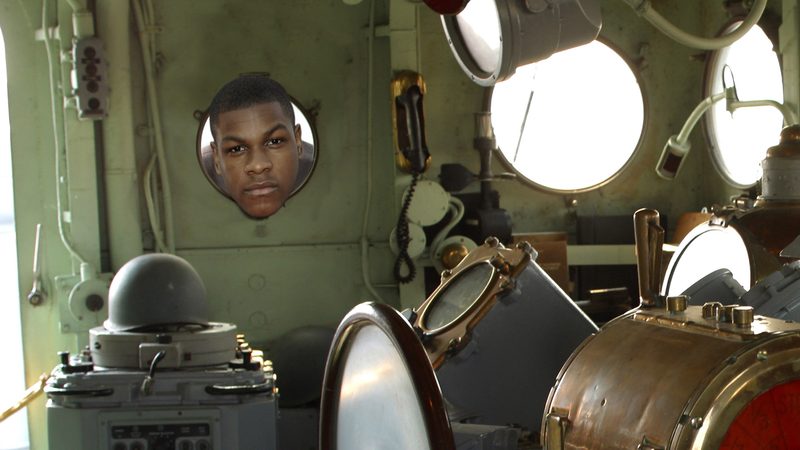 Sometimes you have to swing big if you want to win big, especially when it comes to business. And it’s hard to think of a bigger swing than this one: The struggling porthole industry just allocated its entire advertising budget to pay John Boyega to get his head permanently stuck in a porthole.

Yup. The porthole industry is throwing a real Hail Mary with this one.

According to reports, porthole manufacturers across the country have gone all-in and pooled their advertising dollars together in order to hire Boyega, giving the Force Awakens actor a large undisclosed sum of money to get his cranium irreversibly wedged inside a porthole for the remainder of human history. With profits on the decline, porthole industry executives knew they needed to think bigger than billboards and print ads, and by stockading Boyega’s head inside their product for the rest of his natural life and beyond, they’re betting the farm on the belief that associating themselves with the star of a globally popular film franchise will be enough to jump-start their sluggish sales and bring them back from the brink of insolvency.

As of earlier this week, Boyega can now be seen dangling off the side of a cargo ship stationed in Buffington Harbor, IN with his legs protruding out 40 feet above the water and his head stuck through a porthole inside the ship’s engine room. Already, dozens of trawling vessels have sailed by to take a closer look at the spectacle, and the hope is that the sight of the Attack The Block actor jutting horizontally out of the ship with his legs flailing desperately will inspire passing captains and sailors to install portholes on their boats as well. While it’s too early to tell what kind of impact the marketing stunt is having on porthole sales, sources who have witnessed it firsthand say that Boyega looks extremely uncomfortable and that they left the scene feeling much sadder than before.

Whether hiring John Boyega to get stuck in a porthole ends up paying off for them or not, there’s no denying that the folks in the porthole business are willing to do whatever it takes to stay afloat. Here’s hoping the gamble works out for them in the long run!