Gonna Be A Long Trip: Nobody On This Ghost Ship’s Eternal Voyage Of The Damned Is Even Remotely Fuckable 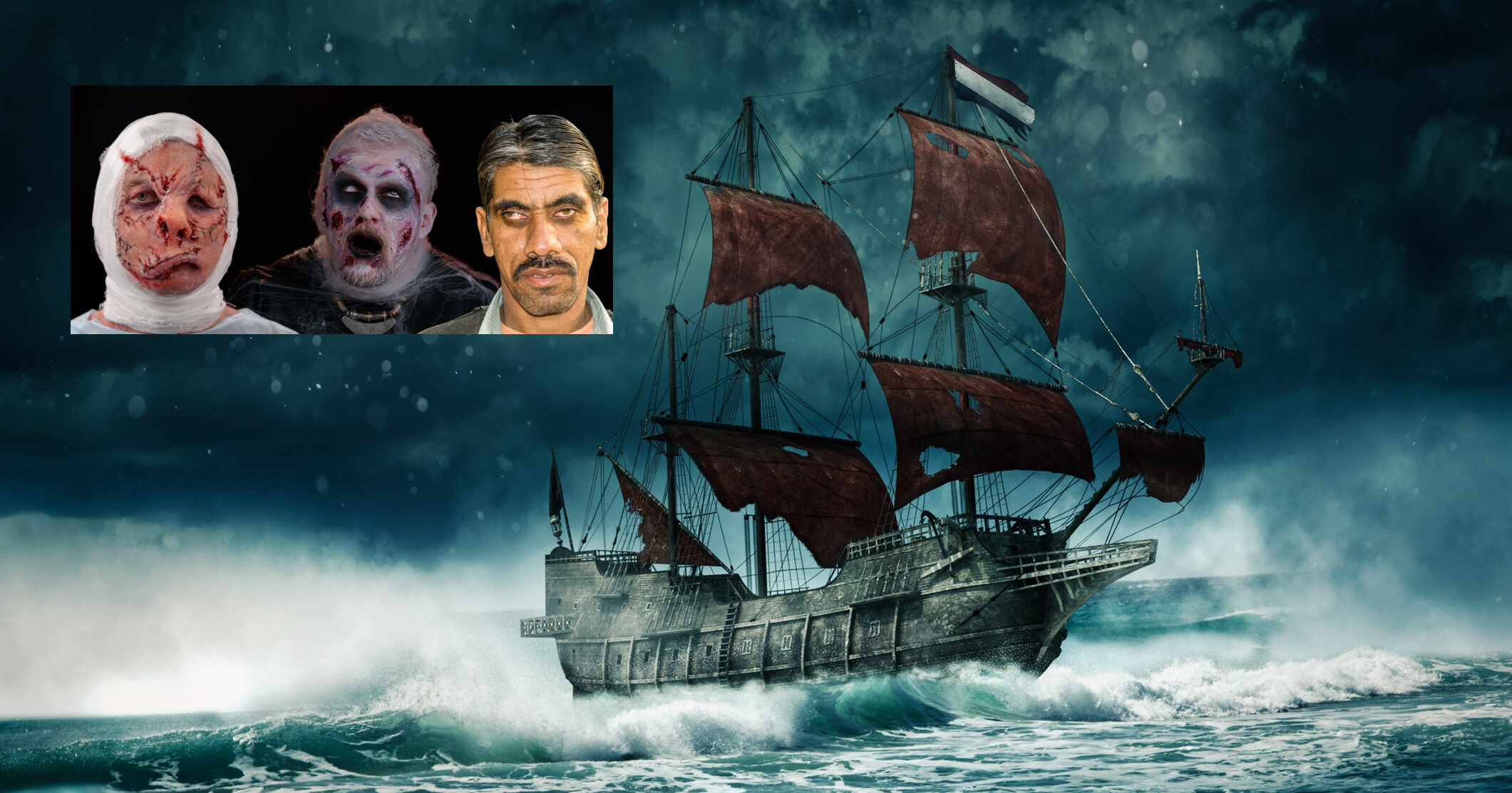 It looks like unending perdition is shaping up to be even duller than we expected, because the hookup prospects of our new situation are some of the bleakest we’ve ever seen: Nobody on this ghost ship’s eternal voyage of the damned is even remotely fuckable.

Oof, wish we’d known that before being cursed to forever wander the seas with them.

We’d hoped we could take a bit of the edge off our everlasting servitude aboard the ghostly HMS Acheron with the occasional roll in the hay, but having finally gotten a good look at our fellow damned crewmen we’re sad to say that there doesn’t appear to be a single ‘would’ in the bunch. Even at our trashiest, most desperate low, there’s not one condemned soul here we could bring ourselves to lock tongues with in some tucked-away corner of the spectral vessel’s hold. You’d think at least a couple of hotties would have signed away their immortal souls to this demon frigate somewhere along the line since it foundered off the coast of Gibraltar in 1734, but nope, all the ill-fated mariners it’s taken in those intervening centuries have been busted as hell down to the last bug-eyed topman clambering his scurvied ass up the mizzenmast.

We promise this isn’t just us having unattainably high standards, either—even the most charitable appraisal would have to concede that the hotness levels here are fucking dire. The bosun’s mate is probably the closest of these schlubs come to fuckability, and he still looks like a composite image of Boris Johnson and a foot. The rest of the crewmen are an underwhelming hodgepodge of scabby, emaciated 2s and 3s, each somehow less fuckable than the last, and the queasy green glow of the unearthly hellfire that rings the Acheron’s sails definitely isn’t doing their complexions any favors either. The captain at least has some nice definition to his arms, and under slightly different circumstances we could maybe see ourselves going for it, but sadly he had his head blown off by a French gunboat’s cannonade as part of his eternal punishment for having forsaken God’s grace, and headlessness is a huge deal-breaker for us in assessing a potential lay.

Man, so much for the endless limbo between life and death being any fun.

Things are so bad that we’ve actually found ourselves looking forward to when the light of the full moon reveals the crew’s skeletal true forms, because even a straight-up skeleton is easier on the eyes than these leering homunculi in daylight. Pretty much our only hope for getting laid at this point is for someone with a halfway decent face and body to drown at the stroke of midnight without having ever been baptized so their doomed soul becomes forever bound to phantom HMS Acheron, but having seen the kind of low-quality wraiths this ghost ship attracts normally, let’s just say we aren’t holding our breath.

Welp, guess it’s back to jacking off for the foreseeable future. Here’s hoping there’s some kind of loophole that lets us escape the Acheron’s curse early, because aimlessly sailing the seas with these losers until the day of God’s final judgment is not something we’re looking forward to!