Good For Him! This Man Is Getting More Joy From Pushing A Big Air Bubble Out Of His Swim Trunks Than He Has From Anything Else In Years 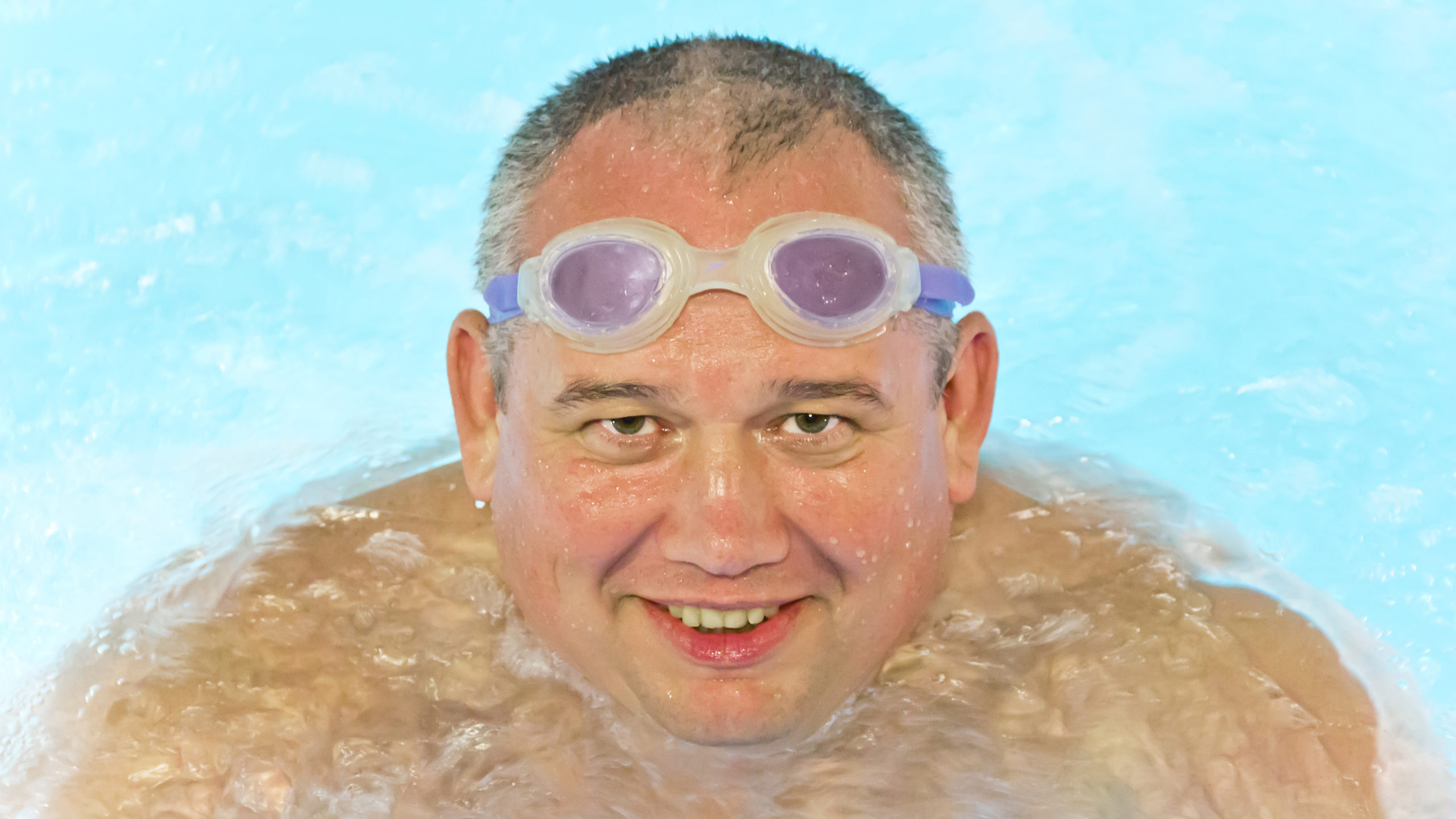 Sometimes it’s the simplest little pleasures that leave the biggest impacts on our lives, and here’s a story that proves it: This man is getting more joy from pushing a big air bubble out of his swim trunks than he has from anything else in years.

How nice! Good for him.

With crippling credit card debt, a dead-end job, and hardly any friends to help him ward off his loneliness, life isn’t very easy for 43-year-old Jason Zeilman, but he’s currently experiencing a rare moment of pure, carefree happiness in his otherwise miserable slog of an existence. Earlier today, Jason decided on a lark to go for a swim at a public pool near his apartment, and just seconds ago, while wading in the shallow end alone and trying his best to ignore the sounds of all the happy families splashing around him, something truly remarkable happened: Out of nowhere, a big air bubble appeared in the front of his swim trunks like a free gift from the universe. To his delight, the bubble bore a humorous resemblance to a large ass protruding from his pelvis, and he gazed upon it with a mixture of amusement and wonder, utterly tickled by the bulbous balloon of air that had unexpectedly materialized around his crotch.

After poking the air bubble several times, Jason decided to recline back into the water and see if the wonderful spheroid would keep him buoyant, which it indeed did, causing a big, dopey smile to spread across his face. Then he started pushing down lightly on the bulge to force out small pockets of air, sending up little bursts of effervescence that bubbled on the surface of the pool not unlike when one lets out an underwater toot—a silly surprise that caused Jason to chuckle to himself in one of the few instances of unadulterated glee he can recall in his life.

He then discreetly positioned himself in front of a pool jet to reinflate his trunks, and now, with the crotch bubble restored to its full enormity, Jason is indulging himself in one of the simplest yet most satisfying joys known to man: He is pushing the bubble out of his bathing suit in its entirety. With both hands positioned atop the wobbly paunch, Jason is currently forcing all of the air out of his trunks at once, producing a great billowing in the water surrounding his legs that reminds him of the smoke that issues from a launching rocket, letting him briefly imagine that he is blasting off into the heavens on a great cosmic adventure. Of course, no one around him realizes this—it is Jason’s private secret—but if his fellow swimmers could see into his mind right now, they’d see a beautiful wash of pure, childlike happiness illuminating a space that is otherwise usually colored by the pale, sickly glow of sorrow. For now, he is content.

What a special treat!

While the air has been evacuated from his swim trunks and Jason has since returned to aimlessly wading around in the water, his day is now much brighter than when he first arrived at the pool, and there’s no doubt that the cheer the bubble brought him will linger in his heart for some time. No more sadness for you today, Jason! The sun is shining down on you and everything is light, if just for a fleeting moment.