Good Fucking Luck: The Substitute Teacher Who Just Called A.J. ‘Andrew John’ During Roll Has No Clue How Things Run Around Here 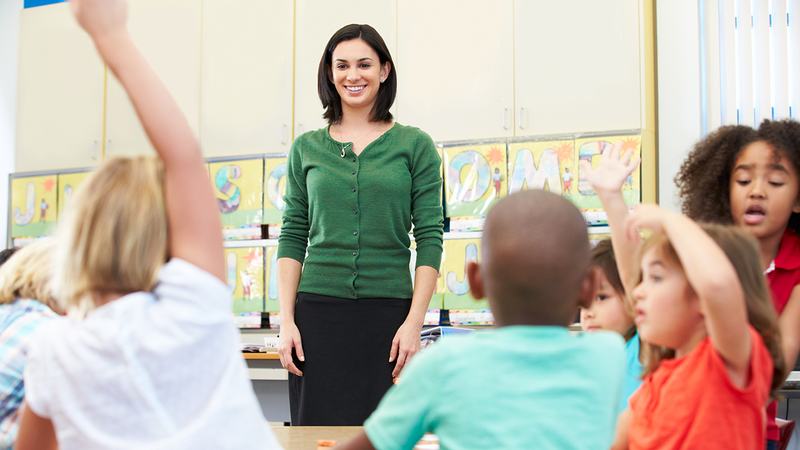 It’s amateur hour at Sycamore Junior High School this morning, and sixth graders in Ms. Shaw’s second period science class have front-row seats to the action. That’s because Ms. Shaw is out sick today, and the substitute teacher who’s filling in for her clearly has no goddamn clue how things run around here, since she literally just referred to A.J. as “Andrew John” while taking roll.

Any Sycamore student will tell you that bush-league subs are par for the course around these parts, but today’s stand-in, Mrs. Brennan, is a real piece of work. After kicking off roll call with the breathtaking “Andrew John” blunder (seriously, who does she think she is, his mom?), Mrs. Brennan then proceeded to absolutely butcher Prabhati’s name, pronouncing it “pray-uh-bat” in an astonishingly shit-brained display of phonetic savagery. It’s pretty obvious that this class is about to go to shit in record time.

And as if completely botching attendance weren’t bad enough, Mrs. Brennan is also putting in absolutely zero effort to enforce Ms. Shaw’s strategically crafted seating chart, foolishly allowing the reunion of peanut-gallery troublemakers Connor and Dylan in the back corner of the classroom. It’s seriously doubtful that a bargain-bin sub like Mrs. Brennan can keep Connor and Dylan in control when they start playing bloody knuckles and screaming as loud as they can in the middle of class. Seriously, Mrs. Brennan has no idea how things run in this classroom, and it’s going to send her to an early grave.

According to a recent update, this total oaf just put on the same Bill Nye video about volcanoes that the class already watched two weeks ago, even though their regular teacher finished with the volcano unit last Friday. Classroom sources say students are basically now just openly talking among themselves while the video plays. Mrs. Brennan thought she could just waltz into Ms. Shaw’s class and establish authority, but her cluelessness has run the whole thing into the fucking ground.

Sheesh. It is truly a shitshow in room 104 of Sycamore Junior High right now, and it’ll be interesting to see how many more ways Mrs. Brennan can fuck things up before the bell rings. Second period science class is a challenging bunch for any sub, but with a total novice like Mrs. Brennan at the helm, it’s only a matter of time before all hell breaks loose. Good luck, lady. You’re going to need it.