Guess It’s How He Wanted It? Grandpa’s Been Positioned Spread-Eagle At His Open Casket Funeral 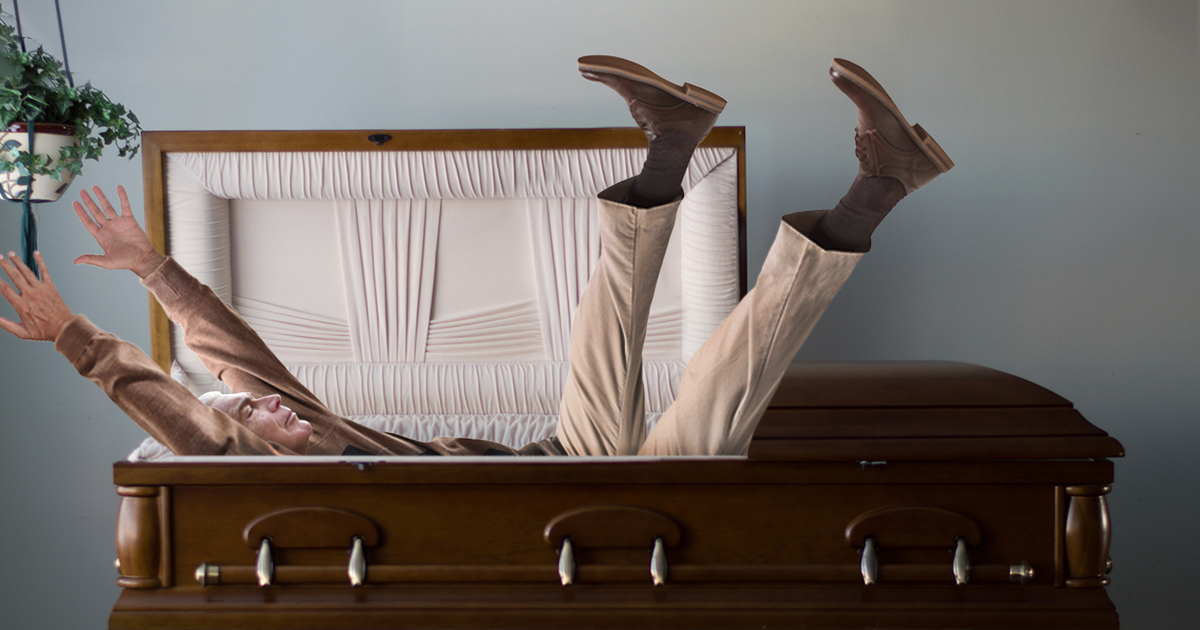 Grandpa’s death has been hard to process, but it’s a comfort to see one of his last wishes—or at least what we’re presuming to be a last wish?—being honored in such a thoughtful way: Grandpa is positioned spread-eagle at his open casket funeral.

Huh. It’s not like the funeral home would do this unprompted…this had to be in his will, or a deathbed request he made in his final days, right?

Though Grandpa’s funeral has been pretty standard fare otherwise, it’s certainly surprising to see him lying there with his legs lifted up out of his coffin and stretched apart as far as they’ll go. But considering that no one who was involved in planning the event seems to be batting an eye about Grandpa’s titillating pose as they kneel to pay their respects, not even Grandma, we can only assume that this is exactly how Grandpa wanted his loved ones to remember him. No one in the family ever saw Grandpa splayed out like this when he was alive, not even once, but he appears so peacefully at rest in his coffin that you’d think he lived his entire life spread-eagle.

This has to be intentional…like, if the mortician made a mistake, someone would’ve called it out by now, no doubt. Yeah, 99% chance that Grandpa wanted his remains displayed like this.

Well, good for him! If Grandpa requested this, then he deserves it, because he was the best grandparent anyone could ask for. He’s probably looking down from Heaven and smiling at the spread-eagle sendoff that it’s reasonable to assume he so badly wanted. Rest in peace, Grandpa—we’re going to miss you so much!