Gun Control Fail: This Duck Found A Gun In A Bush And Is Now Pushing It Around The Park With Its Beak 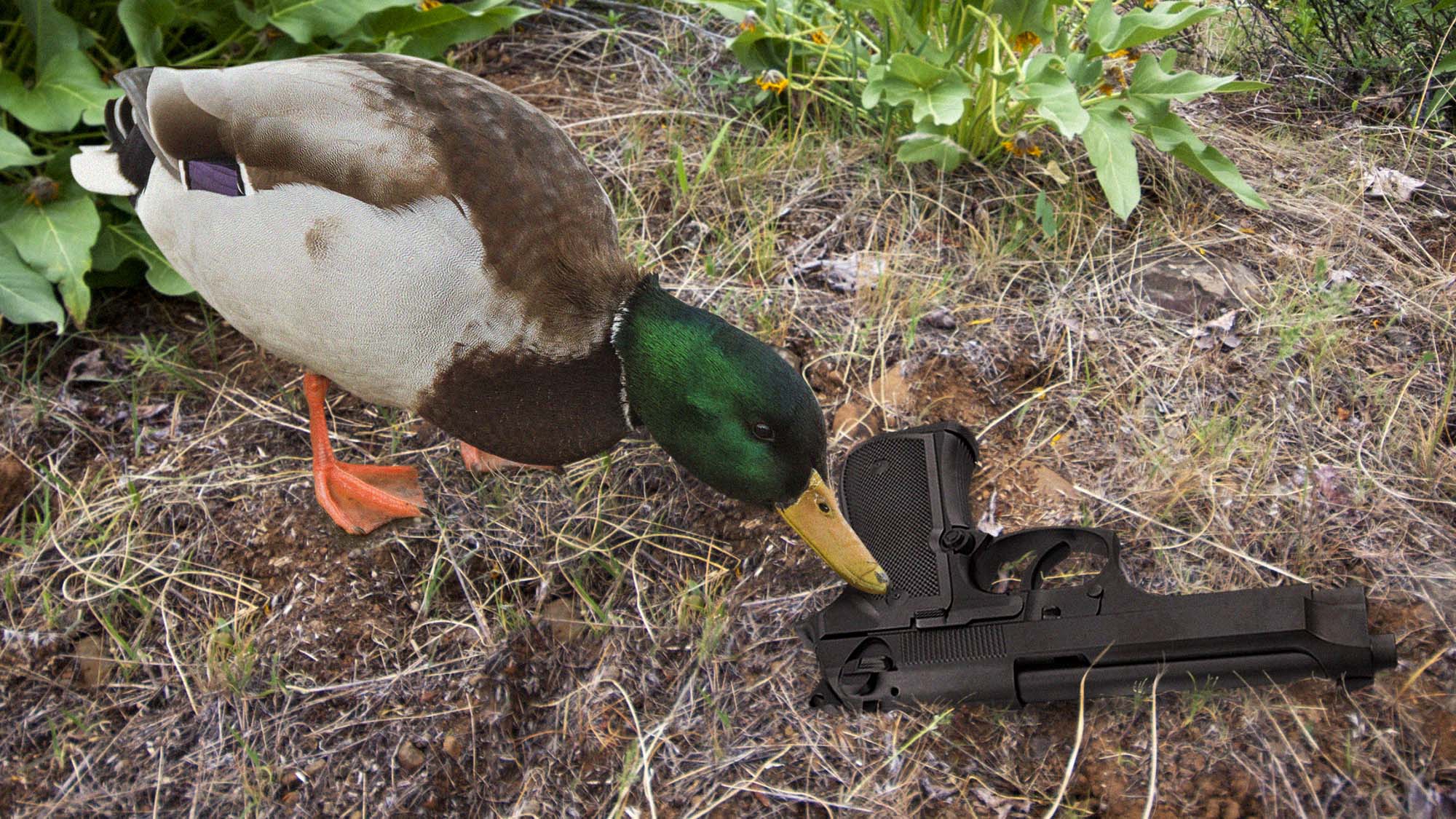 Gun laws in America have long failed to address the systemic problems with firearm access in our country, and it seems that this failure has once again led to an extremely hazardous situation that has placed the American public in immediate danger: This duck found a gun in a bush and is now pushing it around the park with its beak.

This should not be happening in a developed nation!

As of just a few hours ago, an adult male mallard in Simonson Park in Rutland, MA discovered a 9 mm pistol at the base of a bush and pushed it out onto the grass with his beak. The duck, who has never been licensed to own a firearm in the state of Massachusetts, now has full control of the gun and is recklessly nudging it around the park’s footpath where there are innocent civilians trying to enjoy the fall day. Like so many who slip through the cracks of our supposedly “advanced” regulatory system, this duck was subjected to zero screening before becoming the owner of a dangerous weapon which he could very well push all the way out of the park and into an unsuspecting family’s yard.

This is not the America anyone wants to live in! We need gun reform now.

There’s no telling what kind of harm a totally unvetted duck like this one might do with a gun—he could accidentally discharge it using his webbed feet, give it to a dog, or even swallow it and begin spraying bullets out of his mouth. Based on the brazen quacks he is emitting as he pecks at the gun’s safety, it is clear that the duck has no interest in becoming a safe, responsible gun owner. He has jumped up on the gun and flapped his wings aggressively at multiple passersby, who have no recourse against this threat to their safety—and under current Massachusetts law, there is no way to prosecute him.

This is where we are as a so-called “advanced” society. How embarrassing!

In other developed nations like Denmark and Australia, citizens can safely expect zero instances per year of a park duck gaining control of a gun. If those countries can do it, then we have the resources to do the same. So it’s time to take action and make sure that a firearm cannot get into the beak of a duck like this one without the proper regulations!