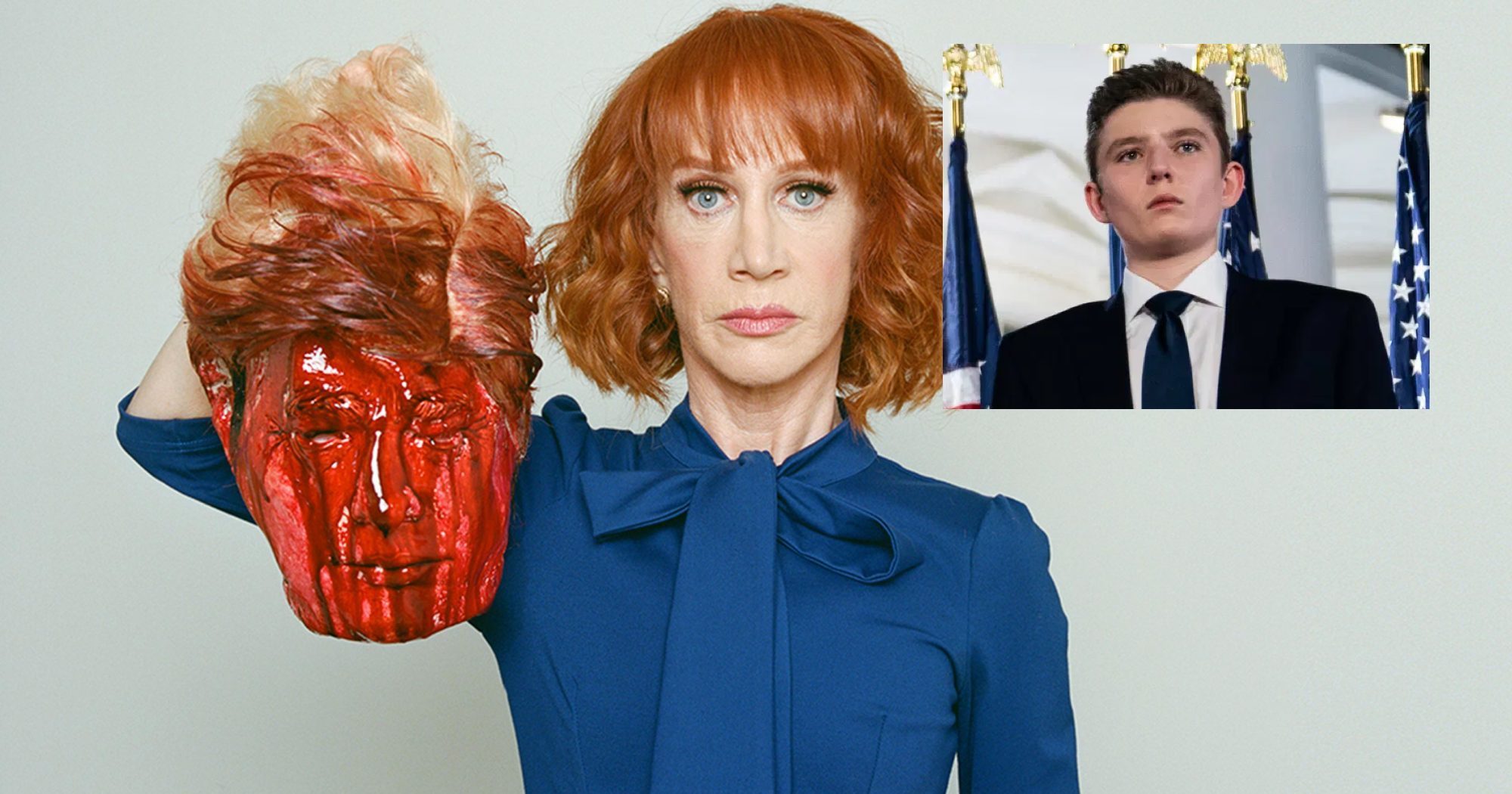 While Donald Trump may no longer be president, the events that unfolded when he was in office continue to leave a parade of damage in their wake, including a recent report that President Trump’s teenage son, Barron, still thinks Kathy Griffin beheaded his father in 2017 and screams in terror every time he sees him.

Oof. You’ve gotta feel for the poor kid. This is a terrible way to live!

Insiders with access to the Trump family have confirmed that every time Donald Trump walks into a room with Barron, Barron points at him and screams, “You’re supposed to be dead, old man! Stay away from me!” before running for a place to hide. The sources say that when Barron first saw the picture of Kathy Griffin holding a mask made up to look like the former president’s severed head, he nodded to himself and said, “Kathy Griffin has ripped off my old man’s head. I will not see Donald Trump ever again.”

The next time Barron saw his father was three months later when President Trump passed Barron in the White House hallway. Upon seeing his father, Barron reportedly went white as a sheet and shrieked, “How are you here? You’re dead! My favorite comedian Kathy Griffin cut your head off and held it aloft in triumph! She ripped your eyes out of your lifeless skull! Don’t you dare haunt me!” He then sprayed President Trump with pepper spray and hid in the closet.

This is just so sad. No boy should have to think his own father is a malevolent spirit who has returned from beyond the grave!

According to reports, over the past year, Barron’s fear of his father has only grown worse. Whenever he sees his father he continues to shriek with fear and finds the fastest way out of the room. Last week Donald Trump walked up to Barron and said, “Hello, Barron,” and Barron screamed, “Float back up to Heaven, dead boy!” and leapt through a second-story window.

This is just devastating. Sources familiar with the situation say that many people have tried to reassure Barron that his father is actually alive, but unfortunately the boy simply refuses to believe that the realistic Instagram photo of Kathy Griffin holding the ex-Commander-in-Chief’s severed head isn’t genuine. It’s heartbreaking how much trauma this photo continues to inflict on Barron—here’s hoping someone is able to convince him the image isn’t real sooner than later!