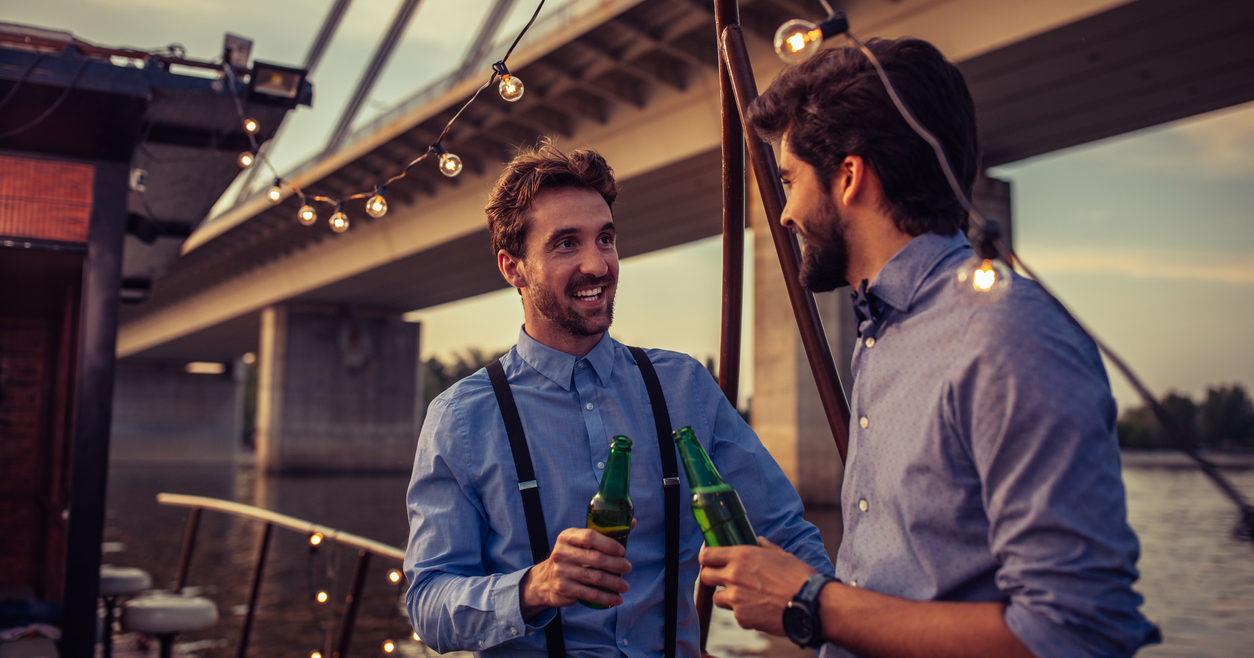 Oh, God, here’s a story that is guaranteed to bum you out: This guy talking about how he’s less comfortable in big group settings doesn’t realize he’s even more off-putting and strange one-on-one.

In a recent conversation with an old high school friend, 30-year-old data analyst Mike Senter made an off-handed comment about how he feels like he acts awkwardly at parties and other group gatherings, adding that he believes he is much more in his element when he’s just hanging out with one other person, which anyone who has had to suffer through face-to-face smalltalk with him knows is absolutely not the case.

In reality, Mike is a guy you only hang out with when you run out of excuses not to, as he’s one of those people who’s always making super intense, uncomfortable eye contact and sharing way-too-personal details about his private life that you’re never quite sure how to respond to. Worse, you always get the sense that he’s unloading all the thoughts that have accumulated in his brain since the last time he had someone to talk to, so you inevitably get stuck nodding along for what feels like hours on end as he shares all his Reddit-ass Libertarian views on what’s happening in the world while occasionally going off on bizarre, buzzkill tangents about sad shit in his life like how his mom has MS and how women on dating apps treat him like shit.

Seriously, the dude will just go on and on about shit that you clearly have no interest in talking about. The lack of self-awareness is staggering. Staggering!

In large groups, Mike kind of fades into the background and often doesn’t talk at all, which is sort of a best-case scenario compared to the thing where he comes over to your apartment alone and helps himself to way too many of your snacks, and then stays at least a couple hours past when you’ve hinted that you’d like to go to sleep. Nonetheless, you always try your best to humor him, as overall he’s a generally nice person and you can really sense that he just needs someone to talk to, but you know you’re definitely taking one for the team when you agree to meet up with him for drinks. It’s not like you actually want to hang out with him, but you can only say no to his invites so many times before you start feeling like a dick.

Unfortunately, Mike is oblivious to all of this and instead seems to believe that people appreciate his bleak and emotionally invasive conversation style—otherwise he might actually lighten up a little and talk about stuff besides his sad-ass stories about getting ghosted by Tinder girls he was falling in love with.

Seriously, talking to Mike one-on-one sucks so goddamn much.

Here’s hoping Mike starts getting better at socializing, as the dude really needs to rethink his whole deal if he wants to keep having friends. The sad reality, though, is that he thinks he’s better off having one-on-one conversations with people who clearly aren’t interested in what he’s saying than he is just being a neutral presence at parties and not making people uncomfortable, and it seems like he’ll have to fundamentally change how he perceives the world in order to stop being such an oppressive social presence. The odds of that happening are slim to none, but let’s all cross our fingers anyway.