Heartbreaking: This Man Starved To Death Because He Was Too Captivated By The Diverse Array Of Content Offered By Properties Of The Gizmodo Media Group To Leave His Computer 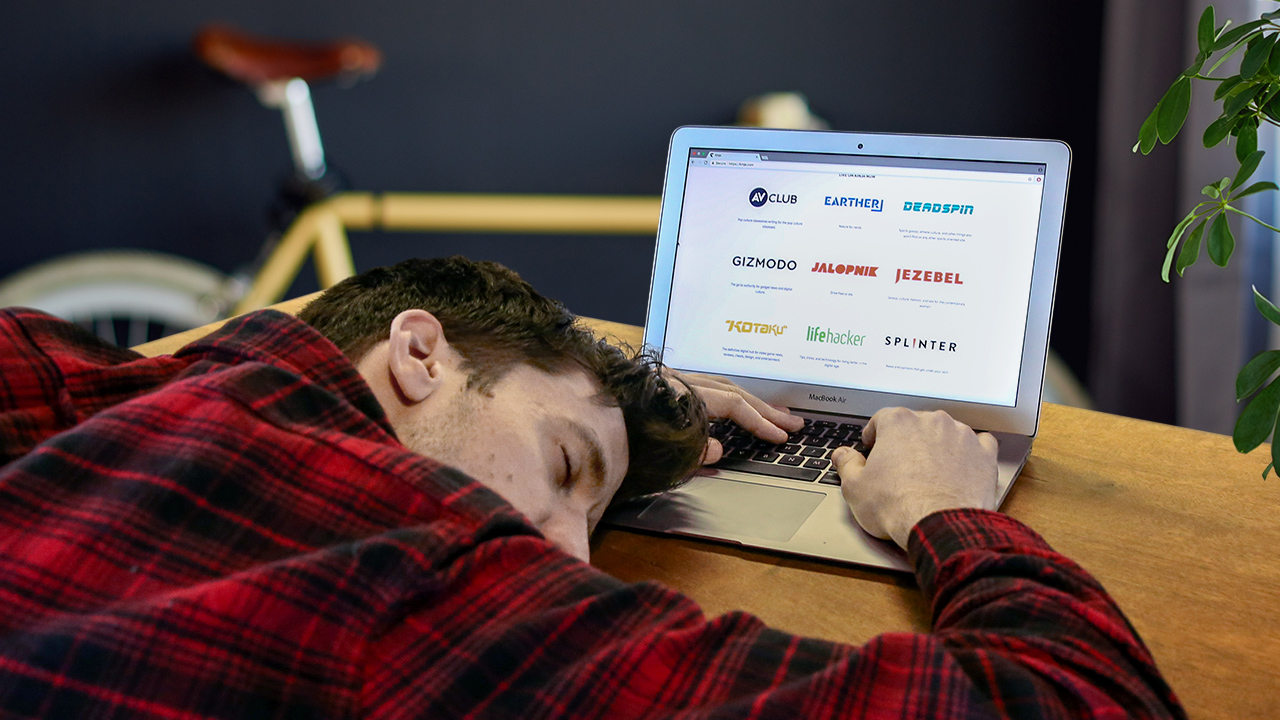 Too much of a good thing can often be bad, or in some instances, even tragic. Case in point: Yesterday a man starved to death on account of being too captivated by the diverse array of content offered by properties of the Gizmodo Media Group to leave his computer.

Wow. It truly breaks your heart to hear about things like this.

The fatal content binge reportedly kicked off last Friday evening, when 33-year-old Jason Carroll followed a Facebook link to an article titled “Tigers Win On Walkoff, Then Return To Field After Bullshit Replay Reversal” on the Gizmodo Media sports website Deadspin. Though initially taken aback by the profane, incendiary style of writing, Carroll quickly came to appreciate it as a fresh departure from the sterile, inoffensive ESPN articles he’d grown accustomed to, prompting him to eagerly read through several dozen more articles in rapid succession. Already literally shaking with excitement, he then noticed links to nine other Gizmodo Media websites on the navigation bar at the top of the page, finding himself at the precipice of a veritable promised land of whip-smart, subversive content.

Sources close to Carroll say he then spent the next 34 hours delving into the world of car culture on automotive publication Jalopnik before spending a sleepless three-day jag on Jezebel, nodding his head fervently at the blog’s provocative feminist takes. Everything snowballed from there, as Carroll spent the ensuing days immersing himself in all nine of the Gizmodo Media Group properties’ offerings, each of which is elegantly arranged on Kinja, the internet’s most intuitive and customizable CMS. Carroll became so captivated by the wide array of perspectives and subcultures the sites represented that he couldn’t be bothered to stop and eat food or attend to his hygiene, a tragic side effect of Gizmodo Media Group’s decision to house the best independent journalism on the web under one platform.

“There was definitely a stink coming from his unit,” said neighbor Kristin Davies. “I think he was going to the bathroom right there in his computer chair. I knocked on the door a couple times to see if everything was okay, and both times he just yelled something like, ‘The Gizmodo Media Group is your one-stop shop for all your internet needs!’ His voice was much weaker the second time.”

Unlike Yahoo News, HitFix, The Daily Dot, and other standalone websites he had frequented in the past, which made it easy for him to come and go at his leisure, the centralized, easily navigable suite of Gizmodo Media Group sites trapped Carroll in a digital hamster wheel of content that gave him little hope for escape. And sadly, after 13 straight days of incessantly browsing articles from GMG properties without pausing to eat food, Carroll fatally succumbed to starvation—ironically while reading a Lifehacker article about how to make sure you’re getting enough nutrients.

It took more than nine hours for paramedics to remove Carroll’s corpse from his apartment after being distracted by a link to a Gizmodo article still on Carroll’s computer about how to get the most out of your smartwatch, which sent them spiraling down a long rabbit hole reading about the most-underappreciated comic-book storylines from the 1990s on Gizmodo sub-vertical io9. Though it’s heartbreaking whenever someone passes away before their time, at least Carroll died doing what he loved: marveling at the fantastic content on Gizmodo Media Group websites like Kotaku, Splinter, and Earther. Godspeed, sir!