Heartwarming: J.J. Abrams Arranged For This Terminally Ill ‘Star Wars’ Fan To Have A Private Screening Of ‘About Schmidt’ 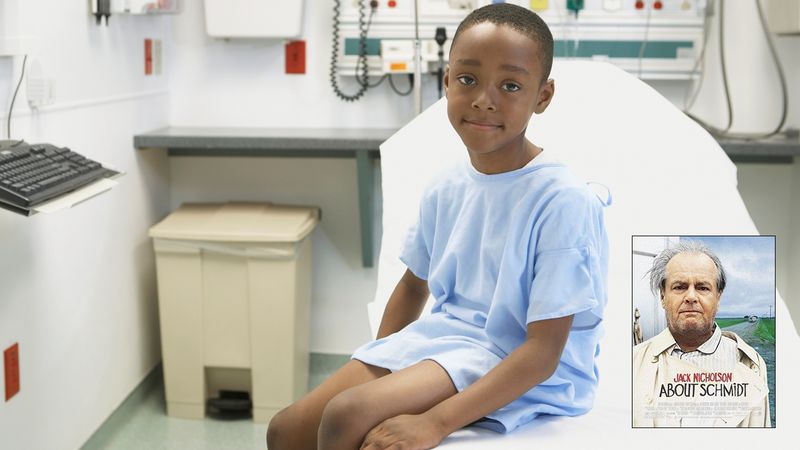 Meet Jeffrey Scott. He’s 12 years old, and he’s suffering from an inoperable form of bone cancer. He’s also the biggest Star Wars fan you’ll ever meet—just ask all of his doctors and nurses! So, when J.J. Abrams happened to come across an article about Jeffrey’s story online, the director wondered if he could do something nice for this Star Wars superfan.

And that’s just what he did: A few days later, Abrams visited Jeffrey in the hospital and arranged for him to have a private screening of About Schmidt!

Star Wars: The Force Awakens isn’t scheduled to be released until December, and most of the details about the highly anticipated film are still under lock and key. But Abrams was able to pull some strings and set up a private screening of the 2002 Jack Nicholson film About Schmidt for Jeffrey almost half a year before anyone gets to see The Force Awakens.

And that’s not all the generous director did for the young Star Wars fanatic. Abrams also brought in several costumes Nicholson wore in the film and an original screenplay signed by screenwriter and director Alexander Payne. Clearly, Abrams really wanted to make sure that Jeffrey got the whole About Schmidt experience. How cool is that?

“It just broke my heart to think that this kid might pass away before getting to see Jack Nicholson in his Oscar-nominated and Golden Globe–winning performance as Warren Schmidt, a soul-searching retiree who sets out on a cross-country journey to convince his daughter not to marry her fiancé,” said Abrams. “After Jeffrey spent all of these years watching the original Star Wars movies and tweeting that he’s excited for the new one, it seemed like the only way I could thank him is to screen About Schmidt.”

Such a touching story. Abrams might have the biggest movie of the year, but now we know he also has the biggest heart!