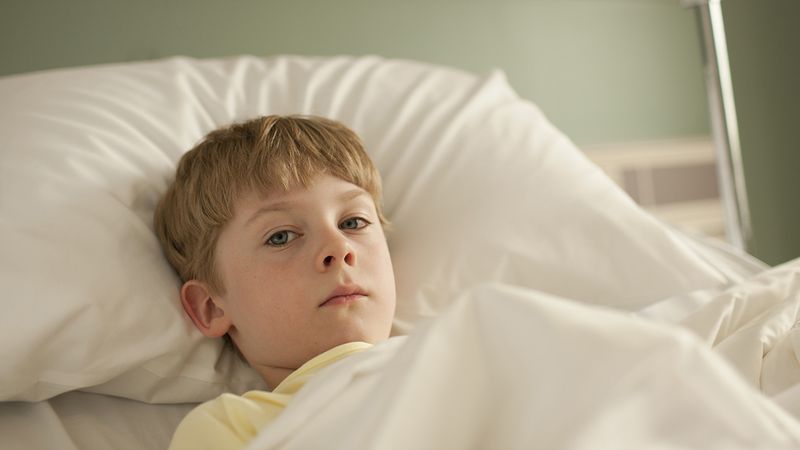 Since being diagnosed with terminal leukemia, 9-year-old Paul Holliday has missed out on a lot of the fun of being a kid. Between treatments, tests, and family stress, Paul’s life for the past year has been anything but joyful. But that all changed last week when Paul found out that the Make-A-Wish Foundation will be granting his absolutely disgusting ham fantasy.

Yep, turns out angels are real, and they’re working at the Make-A-Wish Foundation.

For a while after Paul was diagnosed, “happiness” wasn’t in the Holliday family’s vocabulary. But through all the bad news, Paul kept positive and never stopped dreaming of a bizarre nightmare world full of ham. Two months ago, he wrote this touching letter:

After reading Paul’s note, Make-A-Wish decided to make his debauched meat extravaganza a reality, and now they’re pulling out all the stops to fulfill his disgusting dream. At Paul’s request, the foundation has arranged to shut down a local mall, fill all of its cash registers with ham instead of money, and let Paul visit the mall buying whatever he wants using the repulsive, slimy ham in his pockets.

As if that weren’t awesome enough, all of Paul’s elementary school teachers have also agreed to show up covered in cold cuts, which they will use to create something Paul invented called a “ham ball,” which he will eat.

“We are so happy that Make-A-Wish is going to give Paul his vile meat experience,” said Paul’s dad. “Paul doesn’t get much opportunity to enjoy himself these days, but I know that when he sees his piano teacher jump out of the ham pile with the pig carcass that Make-A-Wish is providing, it’s going to be a happy moment for everybody.”

Pretty soon, Paul will be forgetting about pills, IVs, and X-rays while he watches his friends play “find the rotten ham sandwich” and then joins in the fun himself, using his teeth to pull slices of ham from a pond where the Make-A-Wish team will throw them beforehand. This filthy spectacle dredged from the very swamp of human imagination will give one amazing little boy the childhood he deserves, if only for a few hours.

How inspiring. Here’s to Paul and his ham!