Heartwarming: This Man Loved His Dog So Much That When It Died He Snuck In And Buried It In Arlington National Cemetery 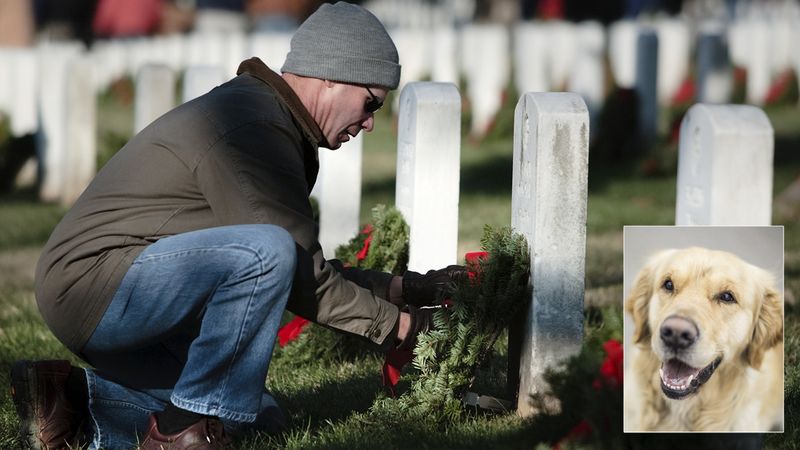 Sometimes, the love that people have for their pets can be truly remarkable. When Douglas Keane’s beloved dog, Checkers, passed away last week, he felt that a normal burial ceremony was simply not good enough for a pet that had given him so many years of love and companionship.

So, Douglas decided to go the extra mile for Checkers by sneaking into the Arlington National Cemetery in the middle of the night and burying his beloved dog’s body alongside America’s fallen soldiers. Inspiring!

Arlington National Cemetery is mainly reserved for members of the United States Armed Forces who have fallen in battle, but Douglas says Checkers belongs there just as much as any soldier, and that he wasn’t afraid to break into the cemetery with a shovel and his dog’s carcass in order to make that happen.

“Checkers was an amazing dog. He was very quiet and nice and well-behaved, so I felt like it was only right to bury him in a place for America’s greatest heroes,” says Douglas, who entered the cemetery in the middle of the night by scaling the fence that encloses the grounds. “I buried him in the section with all the World War II veterans, because I think that is where the biggest heroes are buried, and nothing is too good for Checkers.”

Checkers may be gone, but Douglas believes that his legacy will live on through his honorable resting place among those who gave their lives for our nation. He hopes that as people walk among the solemn graves of Arlington, they might come across the headstone that reads, “Here Lies Checkers The Quiet Dog. In Our Hearts Forever,” and give a somber, tearful salute to the well-behaved dog that was so nice and cute before they move on to the Tomb of the Unknown Soldier.

If that doesn’t make you feel all the feels, we don’t know what will!