Heartwarming: This Super Dad Refuses To Leave The Casino Until He Wins His Daughter’s Tuition Money Back 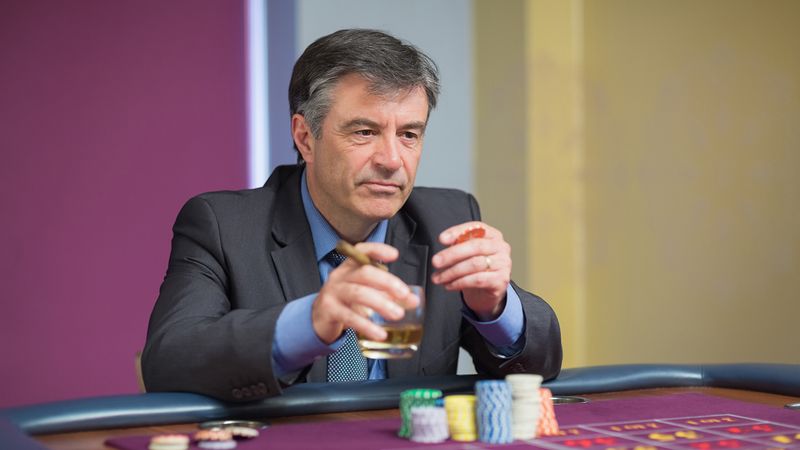 Cancel the “father of the year” contest, because we already have a winner.

Jake McWherter, a devoted dad from Hammond, IN wants to give his daughter Katie the brightest future he possibly can. No matter how long it takes, this super dad is determined to keep gambling at the casino until he wins his daughter’s tuition money back.

Fathers out there, take note. This is how you dad.

Despite an epically unlucky night at the Horseshoe Casino, Jake is refusing to give up on Katie’s dream of going to Northwestern next year. In a herculean display of fatherly love, an exhausted, bleary-eyed Jake just entered his 18th straight hour of gambling as he continues to do everything he can to recoup the $40,000 of his daughter’s tuition money that he’s lost.

Wow. Most people in Jake’s situation would’ve eaten their losses long ago and gone home with their tail between their legs, but Jake fights on so his daughter can get the education she deserves, however many trips to the ATM he has to make.

This story just keeps getting more incredible. When workers at the casino saw what Jake was doing for his daughter, they came together to root him on. From the dealers keeping his spirits up by praising his card skills to the waitresses who keep bringing him free drinks, it seems everyone wants this mega-dad to keep going.

Keeping his eyes on the prize, Jake won’t let anyone tell him to stop gambling. Using a foolproof system he developed by watching hours of the World Series of Poker, he knows it’s just a matter of time until he finds his groove and the college fund he and his wife set up before Katie was even born is back to where it was. And by dropping money at the same slot machine every hour or so, Jake is setting himself up for a monster payoff there very, very soon. Additionally, he’s been hedging his bets by playing blackjack, keno, pachinko, baccarat, dice, and in particular, roulette, where every time he gets down to his last few chips, this awesome dad bets on 17, red—his daughter’s age and favorite color—to sometimes great results.

This guy is seriously amazing. And don’t think it’s lost on Jake that, once he slogs through this gambling marathon and gets the tuition money back, he could play it safe and bet just one-fifteenth of the money on a for-sure winning poker hand to get his daughter the down payment on a new car for next year.

What a father. Katie, we hope you know how lucky you are to have a dad like Jake.