Heat Up Some Wet Gray Beef In A Geothermal Spring, And 4 Other Plans For A Perfect Day In Reykjavik 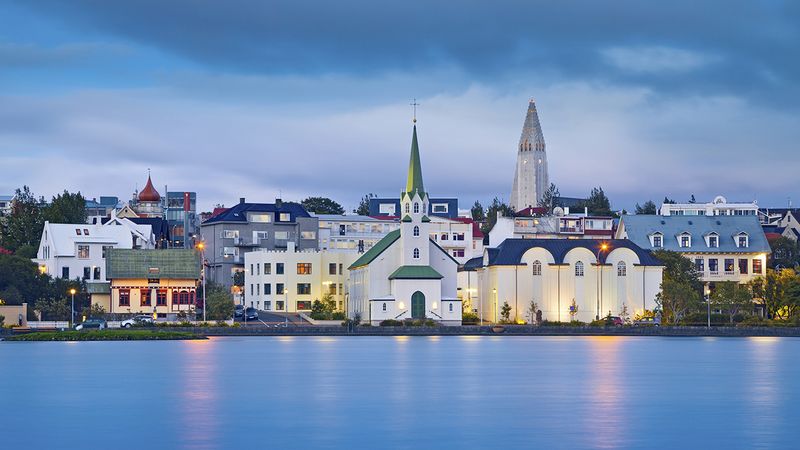 As the largest city in Iceland, Reykjavik has some of the most distinctive traditions and breathtaking natural landmarks in the world. There’s so much to see and do that it’s impossible to get to everything in just one day. But if you only have 24 hours in Iceland’s capital city, here are the five things you absolutely have to do for a perfect day in Reykjavik.

1. Toss puffin carcasses into the pit where Sigur Rós is kept: In the heart of Reykjavik is a rusted 20-foot-deep pit where one of Iceland’s most famous musical exports has been cordoned. Don’t listen to anyone who tells you that chucking Sigur Rós puffin meat—the band’s only source of sustenance besides rainwater and cannibalism—is a tourist trap. The happy look on their faces as they suck puffin marrow out of the tiny bird ribs is something everyone needs to experience.

2. See the northern lights and complain that they are not making you blind fast enough: Iceland is one of the best places in the world to experience the northern lights, and there’s no better place to scream at passersby that the beautiful auroras aren’t burning your eyes to a crisp quickly enough.

3. Try to spot the world’s shittiest whale, Brenth: The waters off the coast of Reykjavik are perfect for whale watching, but there’s one whale you’re really going to want to watch for: Brenth. The indescribable disappointment one feels when laying eyes on this wretched pile of shit is truly a once-in-a-lifetime experience that you can only have in Reykjavik.

4. Heat up some wet gray beef in a geothermal spring: Before you go out for the day, make sure to toss a chunk of beef into one of the area’s many geothermal springs. Ten hours later you’ll come back to a waterlogged, volcanic dinner lump that literally disintegrates in your mouth, and all with no messy pots or pans to clean after. Just make sure to label your beef with your name and the phrase, “It’s my gray beef!” Nothing screams “tourist” like accidentally nabbing a stranger’s lump, or worse, having them nab yours.

5. Pose for a picture next to one of Iceland’s many cars: Iceland is home to 250,000 cars, so it shouldn’t be too tough to track one down and get a photo of yourself posing next to it to show your friends when you get home. In fact, there are so many cars it would be entirely possible to get a photo of yourself next to three different colors in the same day!