Her Final Christmas? Grandma’s Looking Pretty Checked Out This Year 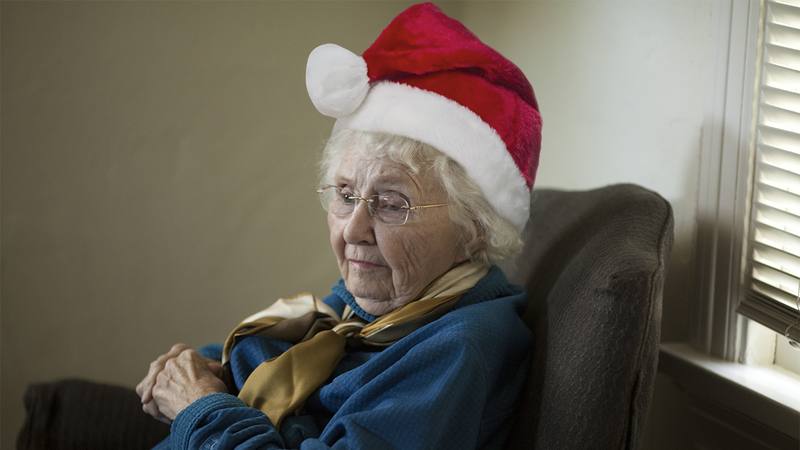 Yes, it’s finally Christmas! That special time of year when many people gather together with their family to celebrate what life’s really all about—giving all you can to the people you care about. Every Christmas, Grandma bakes dozens of different cookies and other treats and is constantly making sure everyone is having a good time. But this might very well be her final Christmas, because Grandma’s looking pretty checked out this year.

Yeesh, it looks like there’s a pretty good chance that Grandma won’t be around next holiday season.

Despite the festive Christmas activities currently unfolding all around her, Grandma has spent the majority of the day sitting silently in her chair staring at nothing in particular, and when everyone started singing “We Wish You A Merry Christmas,” she didn’t even try to sing and flat-out fell asleep before the song was even over. This is not the look of a woman who’s going to be doing Christmas again next year.

Look, hopefully Grandma will still be celebrating Christmas for many years to come, but from the way she’s completely phoning it in this year, that just might not be the case. Someone put a Santa hat on her, but she either hasn’t noticed or doesn’t care, because she’s not reacting to it in any way. Mom handed her a gingerbread reindeer cookie and Grandma just said, “What’s this? I don’t want this,” before putting it down on the table and going back to sleep.

There’s no two ways about it: It’s looking like this might be Grandma’s final yuletide appearance, so maybe try to get in a quick conversation with her, even though she’s been responding to everyone in the family who’s come up to her to say, “Merry Christmas,” by either ignoring them or swatting their hands away.

All in all, it seems like a bit of a coin toss as to whether or not we’ll see Grandma at Christmas next year, but honestly if she’s going to half-ass it like this again, there’s probably not even much of a point. So happy holidays, and make sure when you say goodbye to Grandma this evening you say everything you need to say to her, because based on the way she’s barely even going through the motions this Christmas, you might not get another chance.